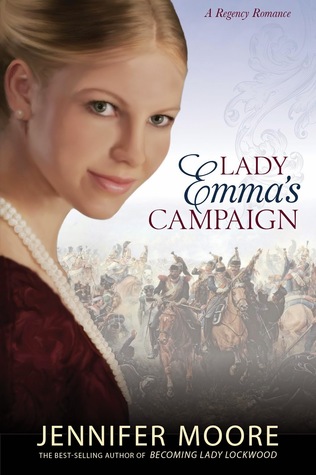 The London Season is ushered in with a thrilling flurry of invitations, gowns, and parties. But despite her status as belle of the ball, lovely socialite Emma Drake simply cannot fathom becoming entangled with any gentleman of her acquaintance. For in truth, since childhood her heart has belonged to Captain Sidney Fletcher, a man of the sea—and her brother’s best friend. Emma knows that Sidney’s directive to free the Spanish city of Cadiz from French occupation will be dangerous, but when word arrives of his capture, she is frantic. Determined to aid her brother in Sidney’s rescue, she hides aboard his ship and sets a course to Spain. But the realities of war are a far cry from the drawing rooms of London, and Emma finds the man she loves a mere shadow of his former self. When a series of events leaves them trapped together behind enemy lines, Emma and Sidney must embark on a journey fraught with danger—from a bloody hunt for Spanish treasure to the battlefields of war-torn Spain, new threats lurk around every turn. As their flight becomes increasingly perilous, Sidney and Emma must trust each other with their lives—but can they trust the other with their heart?

Author Jennifer Moore is back after her debut, with a companion novel to Becoming Lady Lockwood. And, I must say her writing is even better than ever. I absolutely loved Lady Emma’s Campaign. Set in Spain during the Regency Era Napoleonic Wars, it is the tale of a soldier experiencing PTSD after a grueling number of years on the battlefield, and his best friend’s sister Emma. She is 17 and in her season with plenty of suitors, but her heart is set on Sidney Drake. She is determined to be seen as more than a sister figure or young girl, and to win his heart.

With fascinating descriptions of life in Spain during war time, life on the seas as a sailor, and the dull social preoccupation of London’s scene, I was hooked. As a fan of historical fiction and clean romance, I must recommend you pick up Lady Emma’s Campaign. I am so impressed with all the well-researched facts and the psychological effects of trauma that were built into the story line.

Thanks to Covenant Communications for the sneak peek before publication date, and to author Jennifer Moore for allowing me the privilege of taking her author photos. 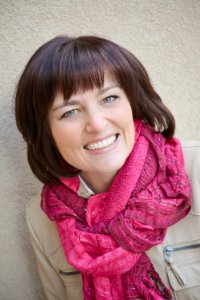 Jennifer Moore is a passionate reader and writer of all things romance due to the need to balance the rest of her world that includes a perpetually traveling husband and four active sons, who create heaps of laundry that is anything but romantic. Jennifer has a B.A. in Linguistics from the University of Utah and is a Guitar Hero champion. She lives in northern Utah with her family. Becoming Lady Lockwood–July 2014 (Covenant) Lady Emma’s Campaign–November 2014 (Covenant) The Sheik’s Ruby–Winter 2015 (The Wild Rose Press) Miss Burton Unmasks a Prince–February 2015 (Covenant)You can learn more about her at: authorjmoore.com