Brooklyn can’t sleep. Her boyfriend, Lucca died a year ago, and now their friend Gabe has died of an overdose. Every time she closes her eyes, Gabe’s ghost is there, waiting for her. She has no idea what he wants or why it isn’t Lucca chasing her through her dreams.

Nico can’t stop. He’s always running, trying so hard not to feel the pain of missing Lucca. But when he begins receiving messages from his dead brother, telling him to help Brooklyn, emotions come crashing to the surface.

As the nightmares escalate and the messages become relentless, Nico reaches out to Brooklyn. But neither of them can admit that they’re being haunted. Until they learn to let each other in, not one soul will be able to rest.

Lisa Schroeder is an amazing and inspiring author that I discovered in January when I picked up “Far From You” off of our local library shelves. It was one of my very favorites so far and I was thrilled she had more books out there. Chasing Brooklyn is written in her signature style of poetic verse which makes for a short and emotional read. I am amazed at how deeply one can connect to the story in so few words. Truly each of Lisa’s books are a masterpiece.
This one was a bit more creepy and eery with a paranormal element. Brooklyn and Nico’s alternate writing journal entries about their joint loss of Lucca. Both are haunted by their dead friends and each has a journey of healing from the loss. You will sympathize with their grief and deep longing to resolve nightmares and the sense of being haunted. Schroder writes in a way that teens will understand. The voice is resoundingly one of healing and endurance. She teaches that thick in the midst of loss there is hope through love, through learning to trust again.
What I like:
Would love to have seen more of: 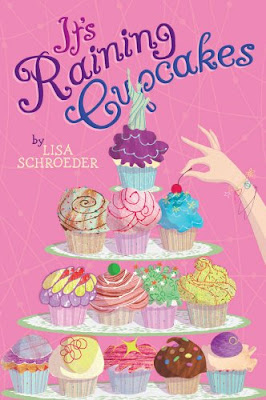 My Waiting on Wednesday is actually ME waiting to run out and buy this book that I have been waiting and waiting for because 1) I love Lisa Schroeder’s books and 2) it had a book Birthday just yesterday!!

Product Description
Twelve-year-old Isabel is dying to get out of Oregon. She spends her free time in the library, reading and dreaming about faraway places. When her mom decides to open a cupcake shop in their little town of Willow, Isabel feels just like buttercream frosting to a cupcake stuck.
It seems as if it will be another disappointing summer, until Isabel learns of a baking contest. If she can come up with a winning recipe, she might have a chance of competing in the bake-off in New York City!

But Isabel’s best friend, Sophie, is also entering the contest and things always seem to go Sophie’s way. To make matters worse, Isabel and her mom don’t exactly see eye to eye on the type of recipe Isabel should enter.

In this sweet treat by popular teen author Lisa Schroeder, Isabel discovers that maybe it’s not about where you go in life as much as it is about enjoying the view from wherever you are.

GO GET IT!! In the meantime, enjoy my cupcake items in the Etsy shop! http://www.etsy.com/search_results_shop.php?search_query=cupcakes&search_type=user_shop_ttt_id_6824796&ref=auto

“It’s no use going back to yesterday because I was a different person then.” p.352
quoting Alice in Wonderland

After reading “Far From You” by Lisa Schroeder you will want ot re-read Alice in Wonderland.

In the mean time enjoy our favorite Wonderland photos complied in a gallery on Flickr http://www.flickr.com/photos/heatherzahngardner/galleries/72157623199722009/ 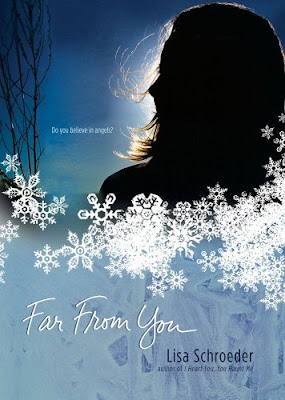 Lost and alone…down the rabbit hole

Years have passed since Alice lost her mother to cancer, but time hasn’t quite healed the wound. Alice copes the best she can, by writing her music, losing herself in the love of her boyfriend, and distancing herself from her father and his new wife.

But when a deadly snowstorm traps Alice with her stepmother and newborn half-sister, she’ll face issues she’s been avoiding for too long. As Alice looks to the heavens for guidance, she discovers something wonderful.

Perhaps she’s not so alone after all

WOW. Is all I can say…
I picked up this book at my local library and started it earlier today. The entire book is written in prose. Each chapter a new poem. For me, it was a nice break from the every day writing style we are used to. I finished it in a couple of hours because I couln’t put it down.
Alice deals with the grief over losing her mother to cancer, adjustment to a new family dynamic, doubts of faith, and near tragedy. It is a beautifully rich yet down to earth and raw look at what it feels like to lose someone and have them replaced by new and strange people. I think it is a great read for any teen who has gone through trying to adjust to a new step-parent, or the loss of a parent. Alice also struggles with the question of abstinence and it is handled by her boyfriend Blaze in a mature and loving manner. I love that she held on to that belief and was supported in her decision.
The story touched at heart strings as Alice feels enveloped in a comfort and peace that is not of this world. She feels her life has been touched by an angel in the moments she struggles to save the life of her newborn half-sister. I was brought to tears by the encompassing process of healing and hope.
An absolute Gem. Five out of five stars!

Courtesy of Simon & Schuster, we have 5 copies of this book to give away to US & Canadian Residents. (We have read it and it’s really GOOD!) Here’s how to enter….

Place it on your Blog, Facebook, MySpace, or anywhere else you can think of 🙂 Post a link to each place you have posted it, in the contest thread in our forum. You will receive one entry for each place you post it.