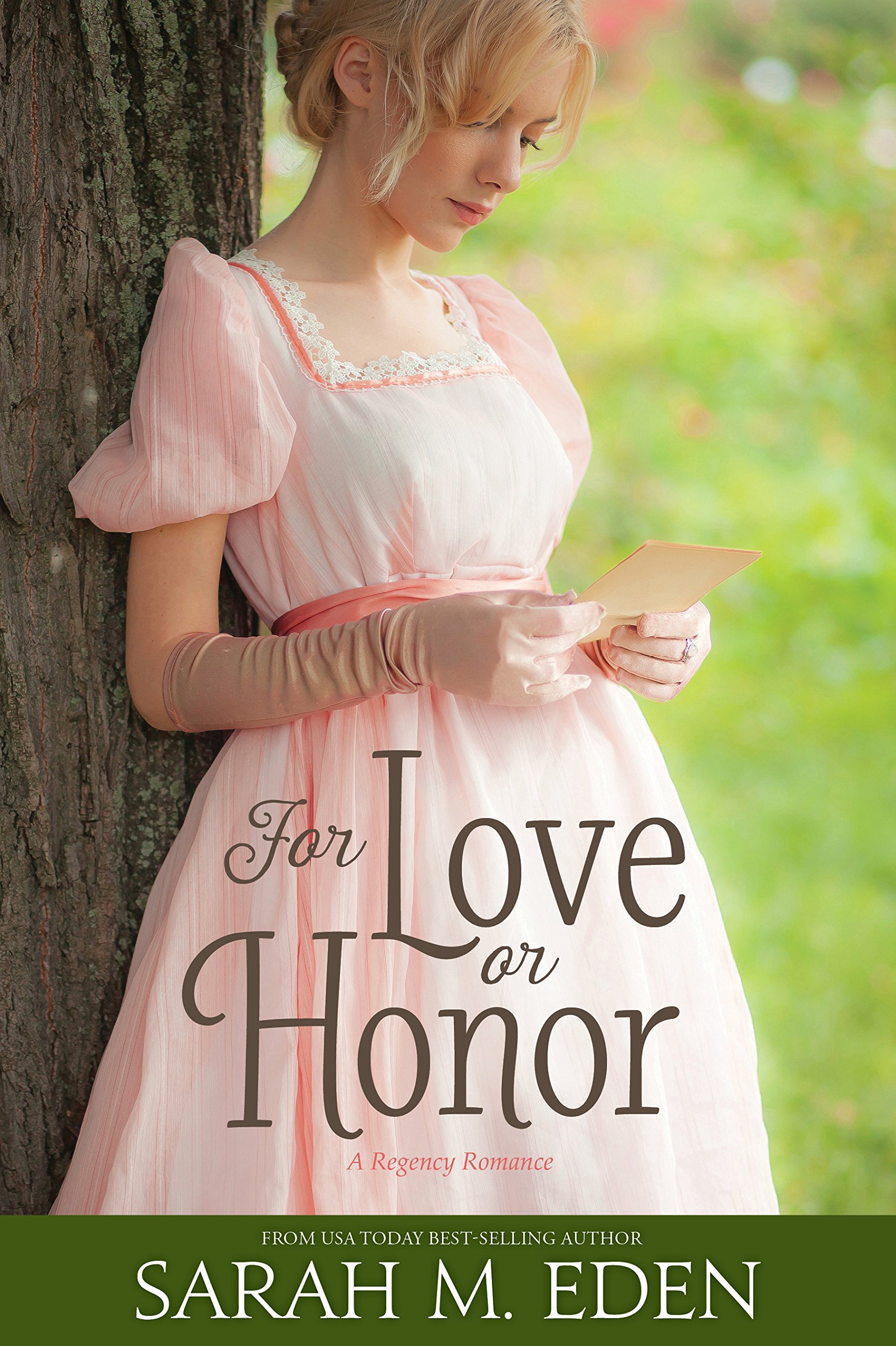 For Love or Honor

From the moment they met, Marjie’s heart has belonged to handsome Captain Stanley Jonquil, younger brother of the Earl of Lampton. But six long months ago, when Stanley’s sense of honor required that he do as he had sworn and return to the Continent to fight in defense of King and country, neither Stanley nor Marjie could have dreamed what the cost of his service would be. It has been ages since Stanley last wrote, and Marjie and the Jonquil family are plagued by his unknown fate—until the day he unexpectedly reappears. Marjie’s joy, however, is quickly shadowed by confusion—the aloof, battle-worn soldier before her is not the man he once was. In the wake of Stanley’s blatant disinterest in renewing their acquaintance, Marjie’s devastation turns to determination as she vows to help him find peace. But his scars run far deeper than anyone realizes. Despite his feelings for her, Stanley believes Marjie deserves a man whose hands are not stained with the violence of battlefields and whose mind and heart are not haunted by the horrors he has seen. Honor requires Stanley to return once more to the life he has grown to despise, one he knows will destroy him in the end, even as his heart beckons him to stay with Marjie, the only woman he could ever love, and the promise, at last, of redemption.

This Jonquil Brothers installment is a little bit heavier than the others as both the main character and his sister in law Sorel are struggling with crippling injuries and side effects. Stanley is shell shocked and beaten down from war, with Marjie as his only breath of fresh air. Sarah’s books are always clean with depth in her characters. Historical fiction and Regency fans this series is for you!

Sarah M. Eden read her first Jane Austen novel in elementary school and has been an Austen addict ever since. Fascinated by the English Regency era, Eden became a regular in that section of the reference department at her local library, where she painstakingly researched this extraordinary chapter in history. Eden is an award-winning author of short stories and was a Whitney Award finalist for her novels Seeking Persephone and Courting Miss Lancaster. Visit her at www.sarahmeden.com