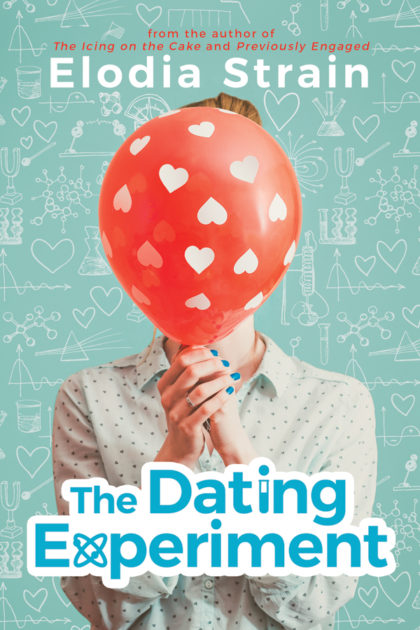 After losing her job, her house, and her guy, the last thing Gabby wants to do is be in a dating experiment—especially with her ex. Her only chance of making it through is with help from her best friend, Ian. But as the study and all its hilariously awkward dates goes on, Gabby finds herself wondering what exactly this experiment is all about.

Elodia Strain was born in Alaska and grew up in the middle of California. She spent her childhood exploring Yosemite National Park, skiing–badly–at Lake Tahoe, and enjoying the beaches along California’s famed central coast. Elodia graduated cum laude from Brigham Young University with a degree in marketing communications. She is the author of three previous books from Cedar Fort. Her debut novel, The Icing on the Cake, was well received by readers of all ages, and earned Elodia the Best New Fiction Author award from CFI. Her second book, Previously Engaged, was a Whitney Award finalist. Elodia also wrote My Girlfriend’s Boyfriend, the novelization of the widely successful eponymous major motion picture, starring Alyssa Milano. In addition to her creative writing pursuits, Elodia has spoken at writers’ conferences, had the privilege of signing books at national events such as her alma mater’s Women’s Conference and Education Week, and is also one of the founders of Ink Ladies Plus (formerly the Ink Ladies blog), a group of CFI and independent authors who work together to strengthen and promote each other’s work. When not writing or marketing, Elodia spends her time bargain shopping, enjoying staycations with her husband, and spoiling her nieces and nephews