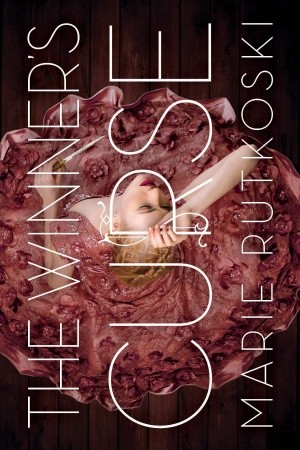 Seventeen-year-old Kestrel is an aristocratic citizen of Valoria, a vast empire that revels in war and enslaves those it conquers. Here, a girl like Kestrel has two choices: join the military or get married. Despite her skills in military strategy, Kestrel’s real passion is music.Which is why she feels compelled to buy Arin, a slave with a talent for singing, at auction. It’s not long before she finds herself falling in love with Arin, and he seems to feel the same for her. But Kestrel quickly learns that the price she paid for Arin is much higher than she ever could have imagined.

Set in a new world, The Winner’s Curse is a story of wicked rumors, dirty secrets, and games where everything is at stake, and the gamble is whether you will keep your head or lose your heart

Review: I got this book from MacMillan as an e- ARC, and when I saw the cover image, must say I swooned. It’s gorgeous! After reading, The Winner’s Curse, I love it even more. It fits the book,  not just a pretty girl in a dress, it looks like Kestrel.

Kestrel who is General Trajan’s daughter, a motherless pianist who doesn’t want to bend to the confines of her father’s decision, the girl that does not want her to join the ranks of his army. She trains half heartedly and longs for freedom outside the doldrums rules of society. As she and best friend Jess wander the marketplace in search of distraction they are pushed by the mob like crowd to the bidding arena where a slave is being auctioned off. Without knowing why, Kestrel feels compelled to bid on the young man, Arin, who is defiant and unruly. She pays a much higher price than the norm for slave and falls for “the winner’s curse,” in more ways than one.

There is a pull toward him that is unexplainable. He is more than he appears on the surface, more than a blacksmith pounding out horse shoes. Arin has a will, and hidden underneath is the story of how he became a slave and what he’s endured. Meanwhile, Kestrel begins to make waves with her opponents of bite and sting, a tile game with betting. She angers some and charms others. She turns heads for many reasons and gets the whispers of society to spread.

The Winner’s Curse was an interesting high fantasy diversion. I wish we knew a bit more about the characters. I wanted more depth–more about what they looked like, what they wore and their inner thoughts. I wasn’t as attached or invested to Kestrel, Ronan and Arin as I would like to have been. The world was fascinating–one country dominating another and taking the inhabitants as slaves. I loved the dynamic of slave and owner, the thought that the slave may even be serving in the household he once owned. Still, there was a hope to understand the custom, the culture, the view, the games and the rules just a titch better. The end notes added a lot, the author knows her stuff. I hope she incorporates even more of what she highlighted about the period & civilizations into the rest of the series.

Here’s the magical part–by the end, I was swept away, fully escaped reality, and was lured into Marie Rutkoski’s story. Something happened that I can’t quite explain. I felt more tied to Kestrel and Arin, the lulls in pace no longer bothered me, and I wanted to dive into book two. So would I recommend The Winner’s Curse... yes!  I love it when a book casts its spell on me and I can’t quite explain why. There was something poetic and musical about The Winner’s Curse that drew me in.

Thanks to Macmillan for the sneak peek! 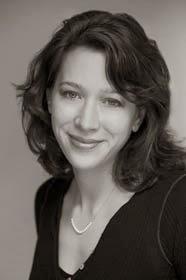 About the Author: Marie Rutkoski is the author of the YA novel The Shadow Society and the children’s fantasy series The Kronos Chronicles, including The Cabinet of

Marie grew up in Bolingbrook, Illinois (a suburb of Chicago), as the oldest of four children. She holds a BA from the University of Iowa and a PhD from Harvard Universit

y. Marie is currently a professor at Brooklyn College, where she teaches Renaissance Drama, children’s literature and fiction writing. She usually lives in New York City with her husband and two sons, but she and her family are living in Paris for the 2012-2013 academic year. Wonders, The Celestial Globe and The Jewel of the Kalderash. Her next project is a YA trilogy that begins with The Winner’s Curse, which is scheduled to be published in March 2014.