I received this book for free from Netgalley, Publisher in exchange for an honest review. This does not affect my opinion of the book or the content of my review. 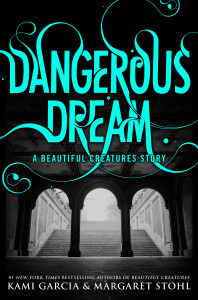 Catch up with Ethan, Lena, and Link as they finally graduate from high school and get ready to leave the small Southern town of Gatlin. But when Dark Caster Ridley makes an appearance, the sometime bad girl can't resist picking a fight with her sometime boyfriend, Link. Angry and rebellious as ever, Ridley ends up alone in New York City and becomes entangled in the dangerous underground Caster club scene, where the stakes are high and losers pay the ultimate price.

Where's a Linkubus when you need him?

It’s been quite a while since I’ve read a book in this vein. I left off with book two in the Caster Chronicles– Beautiful Darkness in 2010. But when Little Brown sent a link to the prequel in a  new spin off series– Dangerous Creatures– I decided to jump back in and give it a whirl. Now that I’ve dabbled in the what’s to come, I’m adding Dangerous Creatures to my TBR list.

Book 0.5, Dangerous Dream starts right at graduation from High School for Ethan, Lean, Ridley and Link.  The first couple of chapters are from Ethan Waite’s point of view as he’s waiting for the long and drawn out ceremonies in his hot Southern town of Gatlin to end. There’s the debutante girls with fluffy hair and the long drawn out renditions of awful sappy songs…and then there are snakes. Three guesses who is up to no good again? Ridley. The Siren with an attitude, a pink lollipop and dark caster powers. She can break up an event rather quickly. Her boyfriend (or so he likes to believe) Link takes the next chapter from his point of view. Drummer in a  local band he has fallen for Ridley hard. Even though he knows what she is and the powers she would, he cant stop from falling in love.  He starts a snowball of events that leave Ridley reeling and she makes her escape to travel the world and keep her mind off of Link by numerous diversions.

Ridley ends up in New York which is where the majority of Dangerous Dream is set. It picks up a gritty feel reminiscent of Cassie Clare’s Mortal Instruments series as Ridley takes on the night life in a Dark Caster underground club. The night life holds high stakes and Ridley take s a gamble that just might cost more than she bargained for.

I loved the sights, smells and food we taste as readers under the story crafting of Kami Garcia and Margaret Stohl. These two fill in their world in a way that you will feel you are there. They are amazing storytellers. I will say I’m missing Amma and her culinary creations!

Overall, a fast read with lots of appeal to fans of paranormal and urban fantasy.  We are introduced to two new “bad boys” and are teased in the end with the beginnings of book one. If you are a fan of Link and Ridley be excited because the Dangerous Creatures series is for you! 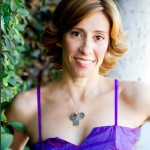 Kami is also the author of Unbreakable, the first book her paranormal solo series, THE LEGION (coming October 1, 2013.

Kami grew up outside of Washington DC, wore lots of black, and spent hours writing poetry in spiral notebooks. As a girl with Southern roots, she has always been fascinated by the paranormal and believes in lots of things “normal” people don’t. She’s very superstitious and would never sleep in a room with the number “13″ on the door. When she is not writing, Kami can usually be found watching disaster movies, listening to Soundgarden, or drinking Diet Coke.

Kami has an MA in education, and taught in the Washington DC area until she moved to Los Angeles, where she was a teacher & Reading Specialist for 14 years. In addition to teaching, Kami was a professional artist and led fantasy book groups for children and teens. She lives in Los Angeles with her husband, son, daughter, and their dogs Spike and Oz (named after characters from Buffy the Vampire Slayer) 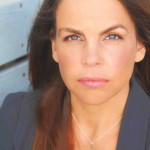 Margaret Stohl is the author of ICONS, the first book in the Icons Series, forthcoming from Little, Brown in Spring 2013 – as well as the New York Times, USA Today, Publishers Weekly, Los Angeles Times, Indie-Bound and Internationally Bestselling co-author of the Beautiful Creatures Novels (with Kami Garcia.)

After working with Activision (now Activision/Blizzard) and Westwood Studios (now EA), Margaret became a co-founder of 7 Studios with her husband, Lewis Peterson. She has previously been nominated for “Most Innovative Game Design” at the Game Developers Conference.

Margaret has participated in the Nashville Screenwriters Conference, the Tribu dei Lettori in Rome, and the BAU Institute/Otranto Residency, as well as the LA Times Festival of Books, Romantic Times, and the Texas Book Festival. She was the Director of Programming for the 2011 YA Capitol Bookfest in Charleston, SC, and a founding member of the Smart Chicks tour.

Margaret has been featured in Amherst Reads, and is a contributor to the Los Angeles Review of Books. She has been a member of the WGA West and PEN West. Margaret’s original screenplays have been optioned by Clasky-Csupo and Nickelodeon Movies for feature film.

A graduate of Amherst College, where she won the Knox Prize for English Literature, Margaret earned a MA in English from Stanford University, and completed classwork for a PhD in American Studies from Yale University. Margaret was a teaching assistant in Romantic Poetry at Stanford, and in Film Studies at Yale. She attended the Creative Writing Program of the University of East Anglia, Norwich, where she was mentored by the Scottish poet George MacBeth.

Margaret loves traveling the world with her daughters, who are epee fencers, and living in Santa Monica with her husband, also a writer, and two bad beagles.