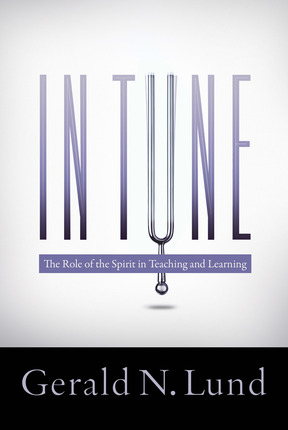 In The Church of Jesus Christ of Latter-day Saints, we are all teachers. Not only do we have a glorious mandate to "teach all nations" the gospel (Matthew 28:19), we also have numerous charges to "teach one another the doctrine of the kingdom" (D&C 88:77). In formal and informal settings, as parents or leaders or friends, we are constantly teaching and learning.

Not only has the Lord commanded us to teach, but He has taught us what we are to teach and how we are to do it: diligently and by the power of the Spirit. But how do we know if we're "doing it right"? What signs can we watch for that the Spirit is actually present in a teaching setting?

In this insightful companion volume to Hearing the Voice of the Lord, bestselling author Gerald N. Lund brings his decades of experience working in the Church Educational System to the topic of teaching and learning by the Spirit. He discusses common misconceptions, important questions we should ask about our teaching, and the role of the Holy Ghost in the process.

"The Lord has given the responsibility to save His children to teachers," writes Elder Lund. "The charge is clear. It is specific. It is inspiring. And, gratefully, the Lord blesses us greatly when we strive to carry out His will."

As a mother and teacher, I am always looking for ways to better carry the message I’m teaching to the hearts of those I love and In Tune by Gerald N. Lund has the answers. He describes the roles and methods of the Holy Ghost, the best way to both teach and preach, and how to edify those around us. His simple but deep written message is punctuated by scripture and stories that clarify each point.

In particular I loved the myths he dispels about how we know when we’ve taught and been taught by the Spirit. This is one of those books I think each church instructor and any person trying to better understand the role of the Holy Ghost should read. I’m thrilled Deseret Book gave me such a valuable tool to help me be a more humble and more wise Relief Society instructor. I will be using In Tune often for ready reference. My favorite quote…

Please notice how the power of the Spirit carries the message unto but not necessarily into the heart. A teacher can explain, demonstrate, persuade, and testify, and do so much with great spiritual power and effectiveness. Ultimately, however, the content of a message and the witness of the Holy Ghost penetrate into the heart only if a receiver allows them to enter.” – David A. Bednar, Seek Learning By Faith as quoted on page 43 of In Tune: The Role of the Spirit in Teaching and Learning by Gerald N. Lund.

Elder Gerald N. Lund received his B.A. and M.S. degrees in sociology from Brigham Young University. He also did extensive graduate work in New Testament studies at Pepperdine University in Los Angeles, California, and studies Hebrew at the University of Judaism in Hollywood, California.

During his thirty-five years in the Church Educational System, the author served as a seminary teacher, an institute teacher and director, a curriculum writer, director of college curriculum, and zone administrator. His Church callings have included serving as stake president, bishop, and teacher. Elder Lund served as a member of the Second Quorum of the Seventy from 2002 to 2008.

Elder Lund is a prolific author; his novels include the Work and the Glory series, the Kingdom and the Crown trilogy, Fire of the Covenant, and The Undaunted. He has also written several books on gospel topics, including Hearing the Voice of the Lord and Divine Signatures.

He and his wife, Lynn, are the parents of seven children. 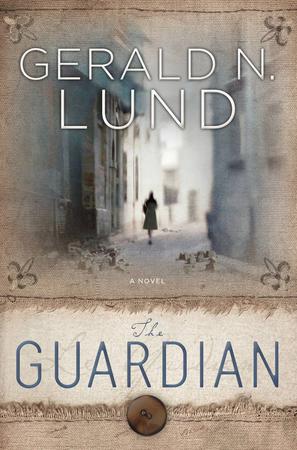 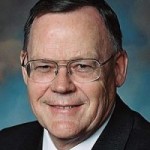