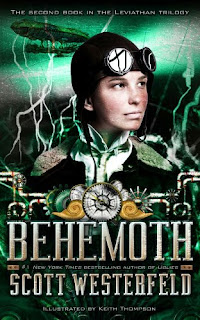 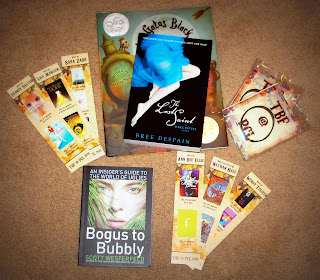 Earlier this week I went out to my mailbox and there was this amazing package from Courtney Lowe at the Provo City Library. I had asked her for a couple of left over bookmarks from their Teen BookFest and she sent all of this….a new Children’s Book, “Los Gatos Black on Halloween” by from their upcoming guest speaker at the Children’s book fest in May Marisa Montes“, Scott Westerfeld’s “Bogus To Bubbly” plus all the items in the pack we are giving away below.
Seriously cried when I opened it. Could they be any more kind over there? It’s a good thing they are putting on another Teen Book Fest in 2011.
So here’s what we are giving away right now:
1) An ARC of The Lost Saint by Bree Despain
2) favorite reads bookmarks from authors:
Sara Zarr
Wendy Toliver
Nathan Hale
Sydney Salter
Ann Dee Ellis
Lisa Mangum
and 3) a Scott Westerfield PCL Teen book fest bracelet
to one lucky winner.
The rest of the bookmarks we will give away on Twitter and Facebook this week, watch our feeds!
To Enter to win…
+1 leave a comment below
additional entries
+1 entry for visiting the PCL page
+1 for liking PCL on Facebook
+1 for our blog followers
+1 for each one of us you follow on twitter @ProvoLibrary, @FireIcePhotos, @MrNathanHale
@breedespain, @sarazarr,@Sydney_Salter, @ScottWesterfeld , @RisaRites , @anndeeellis
(leave your twitter name)
+1 for tweeting or posting this giveaway, leave the link
Total your entries and leave them below.
Good Luck! Contest ends December 6, 2010 and is open internationally 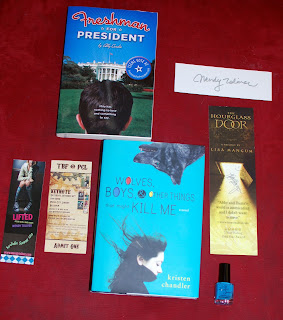