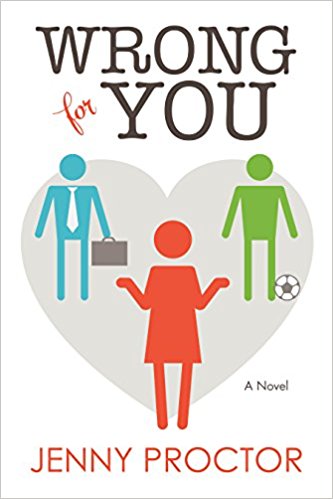 Lane Bishop is a hardworking, intelligent, beautiful young woman. And with her recent move to Chapel Hill, she is determined to leave behind the drama and effort of keeping up with the dating scene. Even so, Lane somehow manages to get dragged out by a gaggle of girls to go watch boys play soccer. Just watching is not Lane's forte, so she joins in the fun and leads her team to victory.

Rather than feeling intimidated by the vivacious beauty on the opposing team, Jamie Hamilton is intrigued. Risking his "untouchable" dating status, he decides to pursue Lane with a little help from his older brother Simon. With Simon's behind-the-scenes assistance, Jamie proves irresistible, even to a disillusioned dater like Lane. But as she gets to know both brothers, Lane can't help but wonder—beneath the grand gestures and romantic words, is she falling for the wrong guy?

What a good book! I was nervous about a love triangle between brothers, especially brothers as tightly knit as the Hamiltons. Things could get messy and ugly, but I loved the way the author explored family loyalty, friendship and honesty. Wrong For You is set in North Carolina at a bed and breakfast with beautiful grounds and childhood memories. Lane is returning there after college to work as an events planner. She’s feisty, competitive and sick of the single’s scene. One Saturday pick up soccer game later, she’s met her match. Or has she?

The character were well fleshed out and the plot perfect. This is one I would read again and highly recommend to readers of clean romance. My only wish is that the author would have shown more of the feelings toward one man in particular instead of telling readers how Lane was feeling. Overall, a feel good, pick me up story with a great ending!