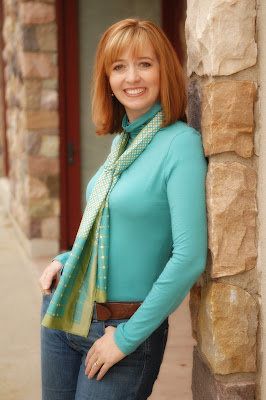 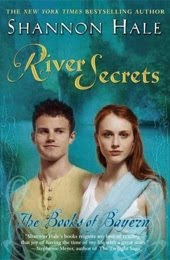 Please contact me with your street address within 48 hours to claim your prize! 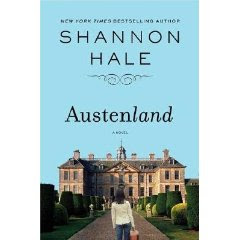 From School Library Journal
Adult/High School—Thirty-three-year-old Jane Hayes, who has a fairly serious addiction to the Colin Firth version of Pride and Prejudice, inherits a trip to Pembrook Park, Kent, England, the location of a resort where guests dress, talk, think, and act in ways that Jane Austen would approve. Refusing to lie about her age, even on vacation in a place right out of Austen’s England, Jane finds herself quickly overcoming the obsession with Mr. Darcy that may very well have jeopardized her 13 “relationships” over the years. Left to walk in last to dinner, mildly obsessed with one of the hotel’s gardeners, and annoyed by another guest’s overeager attempts to bag a man, Jane is eager to return to Manhattan. Then she decides to give it all one more chance, since Great-Aunt Carolyn did see fit to pay for the entire vacation. Hale does a lovely job with the tale of a single woman who would appreciate a genuine shot at love. The book is well written, quite readable, and the myriad characters, especially those working at the resort, are quirkily funny. Given the immense popularity of Jane Austen’s novels among teen girls, this book definitely has cross-over appeal.—Sarah Krygier, Solano County Library, Fairfield, CA

Shannon has done it again, Austenland was one of my favorite reads of 2009. I absolutely loved this book! It is refreshing and without any questionable filler. Makes me want to rent Pride and Prejudice with Collin Firth! Hale’s plot had me guessing until the end. Austenland is a gem. Thanks so much to Shannon Hale @haleshannon for tweeting this 🙂 You are the best… I gave this soon to be movie Five stars!

To Enter to win the hardback: leave your name below+3 entries for each dollar donated to our Chile relief fund via Paypal to heatoddgardner@yahoo.com

Winner will be drawn Monday March 29th and it is open to International Entries.

Not quite sure how long we will be waiting for this one, but it will be WELL worth the wait…Taken from Kristin Cashore’s blog “Book 3, tentatively titled Bitterblue and currently in progress, is a companion book to both Graceling and Fire and takes place in the seven kingdoms six years after Graceling. As you may have gathered, the protagonist is Bitterblue. Yes, Katsa, Po, and others from Graceling whom I’m not yet willing to name do appear in the book. I don’t know yet when it’ll be coming out, and heartily invite you not to ask ^_^. That’s all I can say about it at this point.

EDIT 3/9/09: If you notice on Amazon that Bitterblue is cancelled, don’t worry! The Harcourt edition is cancelled, but only because the book has moved to Penguin. Once Bitterblue is written, it’ll be published by the Penguin imprint Dial Books for Young Readers.

In the meantime enjoy her first book Graceling on us…
You will fall head over heels for Po!

To enter to win the hardback: Simply leave us your name and email address!