In this irresistible beach read—perfect for fans of Jenny Han and Zoella's Girl Online—America’s favorite pop goddess flees the spotlight to Maine to recover from her latest breakup. Only to fall head over heels for a down-to-earth local guy and be faced with an impossible decision: him or her music.

After getting her heart shattered for the thousandth time, multiplatinum pop icon Lily Ross is escaping her high-profile, crazy life and heading to an island in middle-of-nowhere Maine with her best friends. She has three months to focus on herself, her music, her new album—anything but guys. This summer is going to be different.

That is . . . until Lily meets sweet and charming Noel Bradley, who is so different from anyone she’s ever dated. Suddenly Lily’s “summer of me” takes an unexpected turn, and she finds herself falling deeper and harder than ever before. But even though Lily loves Noel, she loves her music and her fans, too. And come August when it’s time to leave Maine and go back out on tour, she will be forced to choose between them. 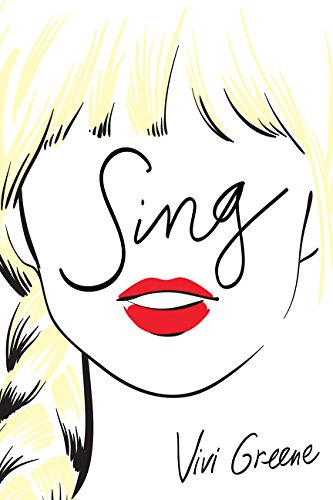 Sing is the perfect summer read. Set in a small fishing town with fresh seafood, yoga, local shops and lobster traps, it’s the story of a pop singer finding herself. Lily has just been ditched again ,this time by a fellow rock star celebrity. Her pattern is to move from one romance to the next without breathing, but this time she decides it’s time to get away from the bustling city and slow down. While “dropping off the face of the earth” to a tiny town in Maine, she discovers her muse in the sea, the sand and a floating island where an old couple made their home. She also meets Noel, who turns her ideas of swearing off boys upside down. Noel is down to earth, homegrown and hard working.

Lily is written as a small town girl as well, besides the first and last chapter which seem like bookends that don’t fit. I was also a bit turned away by the cover of this book which doesn’t seem to fit either, but once I dove in, I found I truly enjoyed Sing. Thanks so much to Harper Teen for the sneak peek! I want to visit New England again after finishing with a smile on my face.