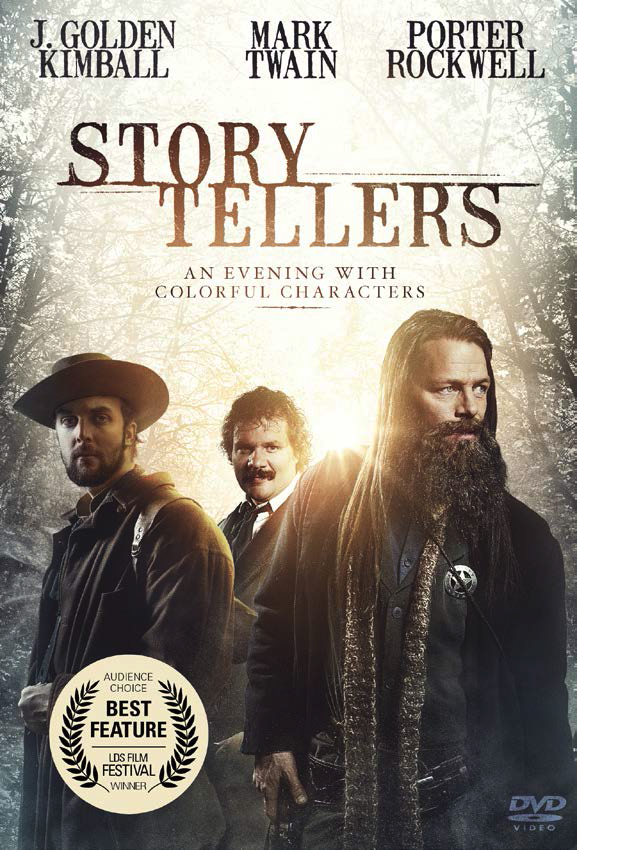 On cold night in the Utah Territory, three opinionated men seemingly by chance find themselves sharing a campfire as they tell tales, swap insults, and expound on their personal beliefs and philosophies. However, one of the men is not there by mere coincidence. Join Porter Rockwell, Mark Twain, and J. Golden Kimball for an entertaining and intriguing evening with three of the most colorful characters of the Old West.

Storytellers is a campfire meeting between well-known Mormon legends Porter Rockwell, J. Golden Kimball and American author Mark Twain. Right away we learn these three had strong personalities. The setting remains the same through out the whole movie. Three men sitting around swapping stories. I enjoyed learning little known facts in their histories as well as tales from their homes. We see that life in the desert was much more rugged than it is today.

We put this DVD in as a family home evening and soon realized its probably not one you sit down to watch all together with children.  There are tales with nudity, alcohol and the plot is slow moving enough it won’t hold the attention of younger family members. Recommended for adults. Thanks so much for the chance to view and review this little known interaction in Mormon history.

Covenant Communications is an independent publisher of novels, nonfiction, music and spoken audio.