I received this book for free from Farrar Straus Giroux in exchange for an honest review. This does not affect my opinion of the book or the content of my review. 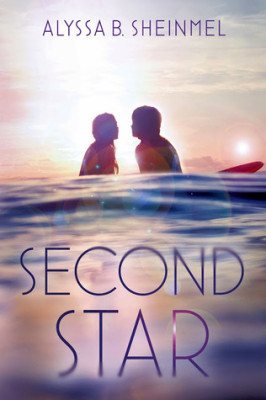 A twisty story about love, loss, and lies, this contemporary oceanside adventure is tinged with a touch of dark magic as it follows seventeen-year-old Wendy Darling on a search for her missing surfer brothers. Wendy’s journey leads her to a mysterious hidden cove inhabited by a tribe of young renegade surfers, most of them runaways like her brothers. Wendy is instantly drawn to the cove’s charismatic leader, Pete, but her search also points her toward Pete's nemesis, the drug-dealing Jas. Enigmatic, dangerous, and handsome, Jas pulls Wendy in even as she's falling hard for Pete. A radical reinvention of a classic, Second Star is an irresistible summer romance about two young men who have yet to grow up--and the troubled beauty trapped between them.

Wow. Where to even begin with this book?!! I sat down to read it, and never got up. Read straight past my bed time, into the night, until turning the very last page. For me, the writing was absolutely enchanting and dreamlike–a fairy tale shimmering to life in a modern day retelling by the beach. By far, the most magical book I’ve read in a very long time.

Wendy Darling’s world is shattered when her twin brothers go missing after going surfing and then never come back. Her parents are shells of themselves, merely passing through the motions of life. Wendy, in the mean time, is convinced her brothers are still out there somewhere.

She’s a straight A student– Stanford bound in fact,  but Wendy feels the tug of the ocean, the whispers of her brothers.

A chance meeting with a beautiful boy named Pete leads her to Kensington. Once the home of millionaires, now an abandoned neighborhood clinging dangerously close to the edge of a cliff backed up to the ocean. Wendy is sure her brothers could have known this very spot where the perfect waves crash in and the tide washes away the path that leads back home. She is inexplicably drawn to the salty air and fire-lit nights.

Second Star brought me back to my senior year in California and the summers in between. Taking weekends at lazy beach towns, finding warm sand between my toes and then shaking it all out again to head back to school, the sunny days and carefree atmosphere.

Pete is perfect. He’s exactly what you would imagine a modern day Peter Pan to be. Belle, his moody, angry girlfriend has secrets of her own. The other lost boys,  Hughie and Matt come together to form their own makeshift family. But, there is a very real threat living on the other side of the beach.

He can hook you with his lies, his dust and his enigmatic pull. The love triangle all happens so fast you won’t know what hit.

Wendy finds herself doing things she would never normally do, and second guessing her mind as she chases the second star in search of the truth. Lines between reality and dream becomes blurred (as often happens with trauma, love and loss),  so much so that even the reader is not sure what is fact and what is imagining.

I’m guessing this is a standalone, because of the ending. I don’t want to spoil anything for readers. But suffice it to say, Second Star is a twisty, turvy ride that will suck you in, pull you under and spit you back out wanting another wave. It takes everything you think you know and shakes it up– but for me it was perfect.

Highly recommend Second Star. If you are looking for it to stick to your pre-conceived notions about the well known childhood story of Peter Pan, you may be disappointed– but if you want  amazing writing, here you’ll find fast paced story spinning at its best. Thanks so much to Ksenia at MacMillan Teen Books for sending me this treasure!

My advice… head over to NetGalley and request it. Preorder and add Second Star to your wishlist NOW.

Content: Due to this being such an early review I  won’t list specifics yet. There are several elements of mature content but not in so much detail that it was bothersome to me, will release the parental warnings after the book is published.

Sitting as far from Jas as possible, my body pressed against the passenger- side door, I close my eyes and let a memory wash over me–a memory, I’m certain this time, not a dream: Pete’s chin resting on the small of my back as we paddle out to take a wave. The board sticky with wax beneath me as I pull myself to stand. The ocean dropping out below us as the board slides into place beneath the crest of the wave. And  the sensation that I’m flying, weightless and carefree,with no one on the planet except Pete and me, no one else know exactly what this feels like. 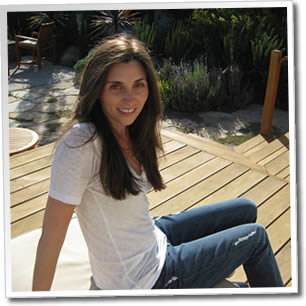 I was born in Stanford, California, and even though I moved across the country to New York when I was six years old, I still think of myself as a California girl.

When I was little, I pretended that I didn’t like to read, because my sister loved to read, and I wanted to be different. (I also pretended that I didn’t like pizza, because it was her favorite food, I still get sad when I think of all the delicious pizza dinners I missed out on.) By the time I was eight, it was too hard to pretend I didn’t like to read, because the truth was that reading was my favorite thing in the world. I loved it so much that when there was nothing to read, I wrote my own stories just to give myself something to read. And when there was no pen and paper to be had, I made up stories and acted them out by myself. I played all the parts, and I was never bored.

When I was eleven years old, I began going to a school in Manhattan called Spence. The teachers there were very supportive of my reading and writing. One teacher there encouraged me to read F. Scott Fitzgerald, and another introduced me to magical realism, and another tried to convince me that there was more to Ernest Hemingway than lessons in fly fishing. (She was right, of course.) And still another let me write a sequel to one of my favorite novels and call it a school project, even though I would have done in my spare time just for the fun of it.

After Spence, I went across town to Barnard College. Once again, I had some of the best teachers in the world encouraging me to write, and introducing me to new authors. One of my very favorite teachers told me to read Joan Didion (and I didn’t thank him enough for that), and my other favorite insisted that there was nothing more to Ernest Hemingway than lessons in fly fishing (and I argued with her a lot about that).

After college, I got a job working in an office where I wore high heels and blazers and even the occasional stiff-collared blouse. I thought I would write on the side, but after a while,I stopped writing altogether – for over a year, I didn’t write a word except in my journal, a very strange thing for a girl who wrote stories from pretty much the time that she learned how to hold a pen.

But then, when I was 24, I began working at a new job, and the people there introduced me to great new writers, just like the teachers I’d had in school. I began to miss writing. It was boring when I wasn’t making up stories to keep myself entertained. And so – slowly, just for the fun of it – I began writing again, and in a couple years I had written the story that would become The Beautiful Between.

I still don’t write every day; sometimes I get caught up in other things, and sometimes I’d just rather park myself in front of the TV and watch reruns of The West Wing. But I always find my way back to my computer; I always remember just how much fun writing really is. And the great thing about writing – at least in my experience – is that it comes out best when you’re doing it for the very, very fun of it.

Find Alyssa on her website*twitter*