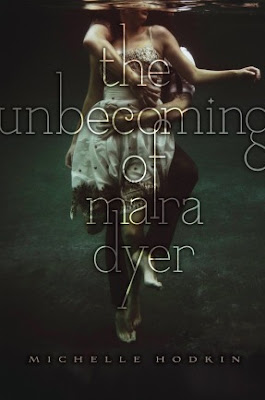 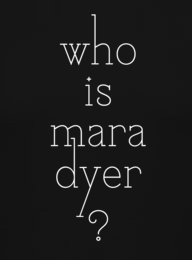 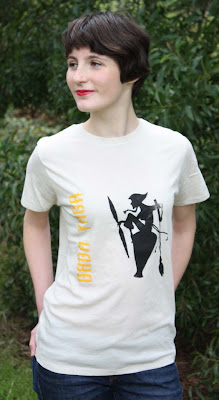 Our book related etsy giveaway today is inspired by the books Haunted- Joy Preble and Dark Goddess-Sarwat Chadda. This lovely handmade Baba Yaga T-short was donated by etsy shop owner FableandTale…Fancies, curiosities, and nice t-shirts. Things that make us happy. You can find out more about the preceding items at our blog: http://fableandtale.blogspot.com/
Description: Baba Yaga, that fascinating and frequently malicious grand dame of Russian fairytale, flies through the air on her enchanted mortar and pestle. Her silhouette, all crooked elbows and iron teeth, is emblazoned on the front of a 100% organic cotton crew neck t-shirt. The fabric is thin, ultra-soft, and an elegant cream. The shirt is unisex in size, roomy for the ladies and more fitted for the gents. A very small story about Baba Yaga and the time she lost her house is printed on the inside back. Each of these items is hand screened (by us!), so every one is unique, slightly different, not uniform, but hopefully just right in every way that matters to you, O Best Beloved. Pictures by Shannon. Story by Megan.
To Enter To Win: simply comment below
additional optional entries
+1 add FableandTale to your favorites on Etsy
+1 become one of their blog followers
+1 for each giveaway retweet @fireicephotos
+1 for each follow here, on twitter, Facebook or Tumblr
+1 for visiting our two etsy shops and commenting on your favorite item
+5 for a blog post of this contest
leave your links and total your entries in one comment. Giveaway ends April 28, 2011