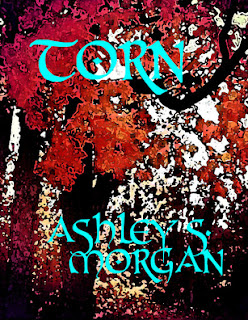 Torn
by Ashley S. Morgan
Ebook, 165 pages
Published: February 20th 2012
ASIN B007B6AJ1Q
Book Source: author
2 1/2 stars
Book summary from Amazon: Isadora Rivers feels trapped. Her small town high school is suffocating her.
Another day of wannabe gangsters, dumb jocks, and Barbie clones, and she’ll just lose it. Her keen emotional sensitivity is to blame. She sees through all of the poser behavior to the pain and insecurity simmering just below the surface, and it’s overwhelming. She feels like she’s literally drowning in other people’s emotions.
This same sensitivity, however, makes her a great actress. Suffocating or not, her high school is one of the top arts schools in the country. Acting is not only her passion, but it also looks like her way out. If she can just score the lead role in the school play, she might get herself noticed by a Hollywood agent. But she’s got a strong reckless streak, and it keeps getting her in trouble and jeopardizing her chances.
Riding her bike at top speed, she swerves in front of a car and nearly gets hit. The driver, Tristan Blake, turns out to be the mysterious new boy at school. He’s rebellious, broody, and wise beyond his years. He’s also devastatingly gorgeous. From the moment their eyes meet, Isadora is irresistibly drawn to him. But as soon as he enters her life, things go horribly wrong. She begins having disturbing visions full of unimaginable glamour and unbearable darkness. He knows things about her he shouldn’t. And he’s somehow so
familiar. As he at turns pulls her close, and then pushes her away, Isadora feels like her heart is being twisted and torn.
She soon discovers that her whole future is in jeopardy, and her only hope is to stay away from Tristan. But how can she turn away from the only boy she has ever loved? As a harrowing event looms closer, one that threatens to rip apart her psyche, Isadora must reach deep inside herself and find the strength to change her own destiny. But is she strong enough to do it?
Crystal’s Review: Torn was an interesting book that had its ups and its downs. I thoroughly enjoyed the excitement that was Isadora, she was a vibrant, dominant character. I also enjoyed the star-crossed lovers approach to the love story between Isadora and Tristan. My one complaint, and my reason for giving this book a two star rating, is I felt the story did not really pick up until the last fifty pages or so. The ebook is only one-hundred sixty five pages so I was disappointed in having to wait so long for the book to pick up. I thought the twist in the book was great and found the “one choice can change everything” theme to be realistic and easy to relate to. In the end I found this book to be slow going, however I liked it overall so I will be giving this authors next book a try.
Content: sexual tension, drugs, scenes depicting attempted sexual assault.

Crystal
Author Bio: “I believe a good hard laugh is priceless; I’m lucky to have friends with a wicked sense of humor who make me screech with laughter on a daily basis. To me, Fluevogs aren’t just shoes; they’re artistic masterpieces. I’ve been obsessed with them since I was sixteen. I wish every day was Halloween for both the costumes and the candy. Brilliant graffiti stumbled upon in an alley aways gives me a thrill; I love the crazed energy of the letters, and the way they burst with psychedelic color. If I could have tea with one fictional character, it would be the Mad Hatter. I can’t go a day without a latte or a stunning view of the city. I get my best ideas in bed, curled under a duvet, staring off into space as the early morning light flickers through my bedroom windows. And my favorite saying is, “Nobody can take from me what I’ve danced.”
Find author Ashley S. Morgan on her website/ blog/ amazon