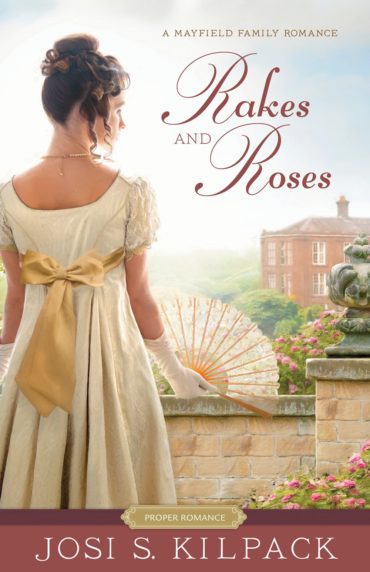 Harry Stillman cares nothing for his future and spends his time at gaming tables, horse races, and in the company of whatever beautiful woman has caught his eye that week. He has little use for society or his uncle’s approval—until his debts begin exceeding his profits. When Uncle Elliott refuses to pay off the debt, and instead offers him a large, monetary wedding gift if Harry were to marry a woman of his uncle’s approval, Harry is offended, angry, and … scared. His dire straits drives him to seek out the infamous Lord Damion—a moneylender who extolls a heavy price for his assistance.
Lord Damion, however, is not a lord at all, or even a man. When Lady Sabrina’s cheating husband leaves her, then ends up dying in a carriage accident, she creates a plan to ensure her future security through the secret persona of Lord Damion, and she is quickly becoming the richest woman in England.
When Harry presents his case to Lord Damion—hidden behind a partition and communicating through notes, not speech—she finds him ridiculous but somewhat endearing and agrees to consider his situation. However, when she finds Harry unconscious in the gutter later that day, his leg badly broken and his face barely recognizable from the beating that’s left him on the edge of death, she transports him to a house she keeps in Wimbledon.
When Harry wakes, he is surprised to find himself in widow Sabrina’s house. Through the weeks of recovery, Harry is humbled by Sabrina’s selfless care, and reveals details of his character he has not shown to anyone. For her part, Sabrina finds herself more and more drawn to him, impressed by his determination to gain his strength and change his ways. Secretly, Sabrina pays off his debts to preserve him from further harm and tries not to let her heart become entangled. To love a man like this, again, would be her ruin.
Knee-deep in secrets, both Harry and Sabrina must decide what true love means to them, and how to navigate the pitfalls of high English society. In the end, they must both decide which is more important: wealth or true love.

The beginning chapters of Rakes and Roses show a seedy underside of London life including gambling, girls, alcohol and violence. It is a viewpoint we rarely see in clean regency romance and it is heavy. Harry Stillman has squandered away almost his entire inheritance, and is running out of options to pay debtors. In a prodigal son like parable, in steps Lord Damion, an anonymous donor who redeems men with promise who have succumbed to their vice and have no other options.

Sabrina is a widow of substantial financial holdings, with freedom and standing few other women are given in her time and place. Her paths cross with Harry more than once, and she finds herself rehabilitating him from physical injury in her home, on her estate.

Kilpack takes traditional regency roles and challenges them. She shows how one person can make an impact in the world. I found the story and premise unique, but not light and fluffy by any means. It’s good to see the character development and arc, as well as changes in both main players. By the end we have a happily ever after.

Josi S. Kilpack is the author of several novels and one cookbook and a participant in several coauthored projects and anthologies. She is a four-time Whitney Award winner —Sheep’s
Clothing (2007), Wedding Cake (2014), and Lord Fenton’s Folly (2015) for Best Romance and Best Novel of the Year—and the Utah Best in State winner for fiction in 2012. She and her husband,
Lee, are the parents of four children. You can find more information about Josi and her writing at josiskilpack.com.