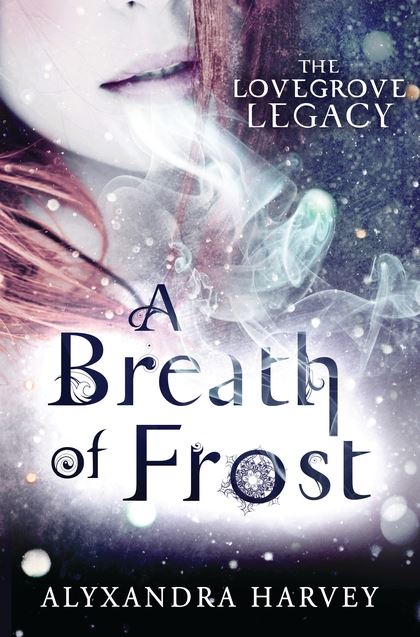 In 1814, three cousins—Gretchen, Emma, and Penelope—discover their family lineage of witchcraft when a binding spell is broken, allowing their individual magical powers to manifest. Now, beyond the manicured gardens and ballrooms of Regency London, an alluring underworld available only to those with power is revealed to the cousins. By claiming their power, the three cousins have accidentally opened the gates to the underworld.

Now ghouls, hellhounds—and most terrifying of all, the spirits of dark witches known as the Greymalkin Sisters—are hunting and killing young debutante witches for their powers. And, somehow, Emma is connected to the murders…because she keeps finding the bodies.

Can the cousins seal the gates before another witch is killed…or even worse, before their new gifts are stripped away?

Wow. I picked this one up at our local library for some holiday reading, and bam! finished it all in one day. Where to begin? Set in Regency London during the time of debutante balls and underground secret societies, A Breath of Frost takes readers on a wild supernatural ride. Told from various points of view, I got to know several characters in depth. There’s a murder mystery, hidden portals, magic, and breakdowns of class within society. The writing is rich, detailed and multi layered. Setting is atmospheric with gas lamps, cobblestone roads, rooftop scenes and lavish parties.

Really, there’s so much to love in this fast moving plot! I will be reading book two and downloading book three, a hard to find short. Buckle up for a 400+ page novel with Herne the Hunter, Little Red and Grim Sister references.

Alyxandra Harvey lives in a stone Victorian house in Ontario, Canada with a few resident ghosts who are allowed to stay as long as they keep company manners. She loves medieval dresses, used to be able to recite all of The Lady of Shalott by Tennyson, and has been accused, more than once, of being born in the wrong century. She believes this to be mostly true except for the fact that she really likes running water, women’s rights, and ice cream.

Aside from the ghosts, she also lives with husband and their dogs. She likes cinnamon lattes, tattoos and books.