I received this book for free from Avon Inspire in exchange for an honest review. This does not affect my opinion of the book or the content of my review.

In Shelley Shepard Gray’s third book in her Charmed Amish Life series, a respectable young woman finds herself falling for an Amish man from the wrong side of the tracks.

Amelia Kinsinger is the perfect Amish woman—at least according to her neighbors. And while Amelia takes pride in her role as homemaker, she’s also harboring a secret: She’s been in love with bad boy Simon Hochstetler for as long as she can remember. Too bad he’s about as far from “perfect” as an Amish man could get… but that’s exactly why she’s so drawn to him.

Life hasn’t been kind to Simon. He ran away from an abusive home at fifteen and things went downhill from there. Eventually, Simon landed in prison. But the experience changed him. Now back in Charm as a grown man, he’s determined to make a new life for himself and not think too much about his wild past…unless it pertains to Amelia.

He’s loved Amelia for years. To him, she represents everything good and kind in the world. When he realizes that she returns his affections, he starts calling on her in secret, even though her older brother Lukas—who just happens to be Simon’s best friend—has made it perfectly clear that Amelia deserves better. Simon disagrees and believes he’s the only one who can truly make her happy.

But when Amelia gets hurt, it sets off a chain of events that forces them to consider their future together—and face their past mistakes. There’s a chance for love… but only if Simon dares to trust Amelia with the secrets of his past. 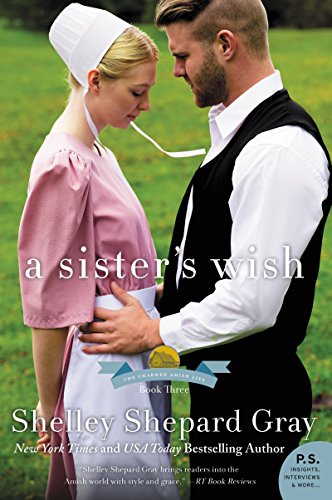 In the third book of New York Times bestselling author Shelley Shepard Gray’s Charmed Amish Life series, a young woman finds herself falling for an Amish man from the wrong side of the tracks.

Amelia Kinsinger may seem like the perfect Amish woman, but she is harboring a secret: She’s been in love with bad boy Simon Hochstetler for as long as she can remember.

Life hasn’t been kind to Simon. He ran away from an abusive home and landed in prison. Now back in Charm, he’s determined to put his wild past behind him and make a new life.

And Amelia is off limits. Everyone thinks she’s too good for Simon—most of all her older brother, who just happens to be Simon’s best friend. When a chain of events forces them to face their past mistakes, all their secrets are revealed. Now Simon must dare to trust Amelia, and she must show him that he is already everything she ever wished he could be.

I’ve long been a fan of Shelley Shepard Gray, and this is my favorite book of hers yet. The Amish life is idyllic, slower paced and simpler. Courting with horse drawn buggy rides, home cooked meals and family ties that run generations mark their society. In this third installment of the Charmed Amish Life series, Shelley addresses the effects of childhood abuse and the returning to the fold. It’s a book about repentance, turning of the hearts back to God and forgiving to move on stronger.

Amelia and Simon are childhood friends, raised in the same community. Each strong in their own way, their regard for each other is enough to carry them through family interference and rumors. I enjoyed the care and tenderness in their relationship as well as the loyalty they who one another. Gray’s writing takes us back in time, yet juxtaposes modern day issues and situations on top of the old fashioned way. This is a series I highly recommend, book three is perfect as we move into Fall. Well done Ms. Gray! 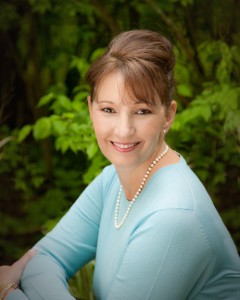 Shelley Shepard Gray lives in southern Ohio and writes full time. A busy wife and mother of two, she spends her days writing and keeping track of her two teenagers. Her two dogs keep her company when she writes in her basement.

Shelley enjoys writing about the Amish and visits Amish communities in Adams and Holmes counties several times a year. When not spending time with her family or writing, she serves on several committees in her church.

She also bakes a lot, loves coconut cream pie, and will hardly ever pull weeds, mow the yard, or drive in the snow.

Shelley also spends a lot of time on line! Please visit her website, www.shelleyshepardgray.com to find out her latest news…or become her friend on FaceBook.