Welcome to my tour stop for The Intergalactic Adventures of Queen Bea by Jeanne Gransee Barker. This is a young adult sci-fi. The tour runs February 16-27 with reviews, author interviews, guest posts and excerpts. Check out the tour page for more information. 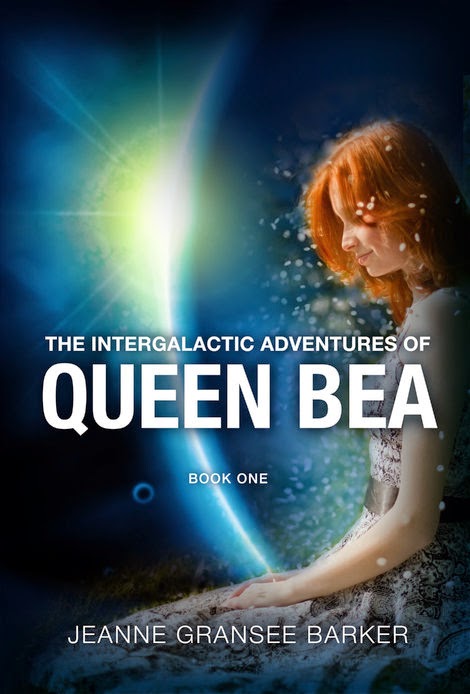 Everything she’d ever known was a lie. Now Bea must find the courage to trust her own voice to save not only herself — but an entire planet.
At almost 15, late-bloomer Bea Parker has just discovered that her aunt, uncle and cousins—the only family she’s ever known—aren’t actually related to her and don’t know anything about her birth parents. Then a strange, high-tech device shows up in her room in the middle of the night with a note promising answers about her shadowed past. This alien technology takes her on a journey that forces her to leave behind Earth, and everything she knows, to meet her destiny.

On sale for only .99 cents on Amazon for a limited time!

I Got Da Magic In Me

One night last week I suddenly was overcome by the urge to get out of the house. I tried to get together with a friend. We exchanged calls and texted back and forth. By the time I discovered she couldn’t go, it was too late to contact anyone else. But I really needed a night out. After searching movie listings, I found only one starting at a time that worked for me. It wasn’t my first choice—not by a long. As they say, sometimes things happen for a reason.
Part of what led to my need for escape was the fact that I’ve been in a dark place with my writing. Over the last few months, I had taken something that was joyful and fulfilling and pounded it into a mound of “shoulds.” I had edited the magic right out of the process. In turn, the gaping hole left by having no creative outlet sucked the passion out of my entire life. And somewhere along the way I had stopped believing in the kind of magic that makes dreams come true. The belief that writing could change my life had become unfathomable. How could I believe in something that might not come true? I had become all about the logical, the necessary, and getting to the end. I had my eye on the prize and was missing the journey.
But something happened to me while sitting in that dark theater, I realized I didn’t want to be that kind of person. You know, the one who plays it safe and never risks looking foolish. Even bigger was the realization that a flame was rekindled in me. The desire to believe in the unseen, the willingness to allow characters to come to life and make their own unscripted decisions, the courage to allow the spirit of the story to flow through my fingertips, all came back alive for me. While munching on my popcorn, I remembered that stories can touch people in ways the writer never imagined, that fiction can speak volumes of unintended truths. And that I ardently believe in that kind of alchemy.
Let the ordinary be damned. Let the need for “safe” get in line behind the need for passion. Let the world think I’m loony as I interview my unseen protagonist in public. And to hell with all the “shoulds.” I know now just the act of writing changes my life for the better. So, I choose to chase alien soldiers to their clandestine off-world lairs, to let the quiet boy from the corner of the page come in and steal the show without my permission. I choose to write without a net and teeter precariously above my dreams. I choose magic. 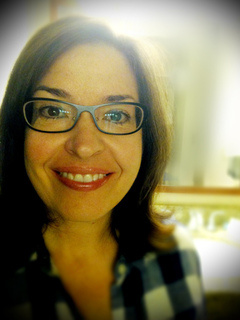 I discovered science fiction when I was four. My father loved Star Trek, the original series. Every Friday night he’d make a big deal of getting the house quiet so he could hear the TV. The importance of it drew me in. And then I was hooked on other worlds, molecules being scrambled and reformed, and meeting totally logical aliens. As I grew older and continued to watch, I loved the idea that a story could explore our contemporary dilemmas couched in two-tone faces or hidden with green skin. Science fiction was the “gateway genre” that led me to fantasy and paranormal fiction.
I began my first novel at age 12. I still have the ring binder with the hand-written pages of OOTG-1 (that stands for Out of the Galaxy)—the story of the first manned expedition to venture forth beyond our galaxy. Alas, after about thirty pages my hand got tired and the crew never left the Milky Way. But that experience sparked a lifelong love of writing which  has continued through my school days to the present.
When I’m not enjoying the alternate universes of my written creations, I live, work, and play  Seattle, Washington.

This event was organized by CBB Book Promotions.