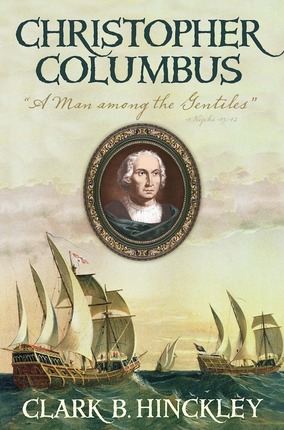 Christopher Columbus : A Man Among the Gentiles

The story of Christopher Columbus has become so enshrouded in myth over the centuries, and so distorted by political correctness in recent decades, that the facts of his life remain largely a mystery to all but a handful of scholars.

And yet, author Clark B. Hinckley reminds us, the Book of Mormon prophet Nephi suggests that Columbus stands out as "a man among the Gentiles." In fact, Lehi and Nephi describe only two specific individuals in their prophecy of the latter-day restoration of the gospel: Christopher Columbus and Joseph Smith.

Columbus himself wrote that he was inspired by the Holy Ghost to undertake his great voyage of discovery; a claim some historians struggle to accept. But this candid and revealing look at the life of Christopher Columbus shows us a man with a great dream.

Through research into original Spanish texts and accounts written in Columbus's own hand, the author retraces the journeys of this dedicated explorer to uncover what may be the most remarkable aspect of Columbus's life: the degree to which he understood his prophetic mission and his place in history.

I picked up Christopher Columbus : A Man Among the Gentiles by Clark B . Hinckley on Columbius Day in an effort to learn more about the man behind the holiday. The author has done meticulous research with sourced materials to paint a very different picture of the explorer from the one that is being pushed in today’s progressive history lessons. I wanted toe separate myth and legend from documented fact. Including new texts like Columbus’ “Libro de Las Profecias,” we learn that Columbus was a man led by God to unlock the path the to the new world navigating upon the ocean. Columbus himself wrote “with a hand that could be felt, the Lord opened my mind to the fact that it would be possible to sail and he opened my will to desire to accomplish the project… This was the fire that burned within me… Who can doubt that this fire was not merely mine, but also of the Holy Ghost… Urging me to press forward?

Born in Genoa Christopher Columbus was named after St. Christopher. His name literally means Christ – bearer. pgs 18-20 He was a man rejected time and time again until after much persistence, his request to sail in search of the East was finally granted. Packed with history, this offers an integrated view that Columbus was in fact a visionary man who truly felt led and guided. He was well-read and amazingly accurate in his method of navigation. As a history minor, I LOVED this book. I passed the lessons on to my children and we talked about the book in family home evening. Well written, interesting and thoughtfully researched. 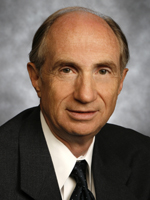 Clark B. Hinckley is a banker by vocation and a historian by avocation. A director of Zions First National Bank, he earned a bachelor’s degree in mathematics from Brigham Young University and a master’s degree in business administration (MBA) from the Harvard Business School. He is a graduate and former faculty member of the Stonier Graduate School of Banking.

A former bishop and stake president, he presided over the Spain Barcelona Mission from 2009 to 2012. He and his wife, Kathleen Hansen Hinckley, have six children and eighteen grandchildren. They have lived in New York City, Michigan, and Arizona. They reside in Salt Lake City and serve in the baptistry of the Salt Lake Temple and teach Sunday School.