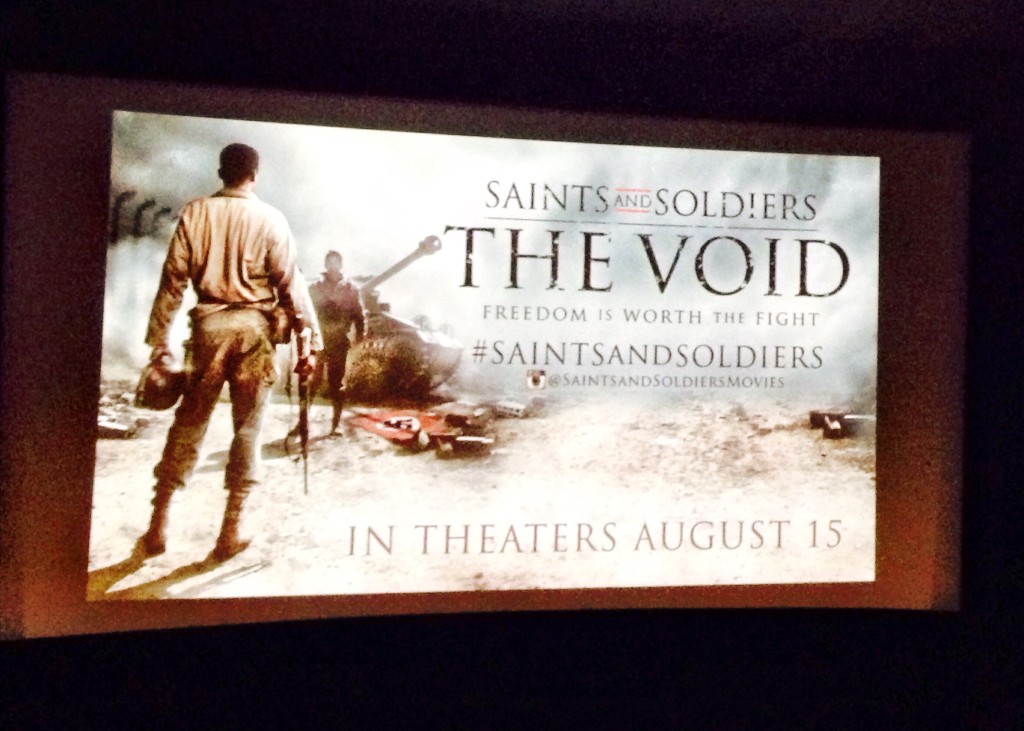 Fire and Ice has had the amazing opportunity to be a part of the round table discussion and filming of Saints and Soldiers: The Void (found here) a couple of weeks ago. Last night was one of the pre-screening events for the movie which hits theaters August 15th. I had a sneak peek at the third movie in the Saints and Soldiers franchise. The theatre was absolutely packed, no seats available. Excel Entertainment and Deseret Book hosted the event, giving away swag bags to the media attendees: a t-shirt, water bottle, MREs, a special 2 pack DVD combo set, and water bottle in canvas tote bags.

Lots of eager fans packed in shoulder to shoulder to watch The Void which features Danor Gregory. Gregory is a black soldier, once a hellcat operator and commander, demoted to a truck driver as the war is coming to a close. He experiences daily constant prejudice and ridicule from fellow soldiers. Director Ryan Little highlights how these men sacrificed all in honor of their country, yet were treated as unequal and the lesser class.  You may recognize the other main black solider played by Alex Boye, famous LDS singer, (who, by the way was in attendance at the pre-screening.) It was amazing to see Boye in an unfamiliar role. Both men have some acting skills!

Movie three has many elements– historical London radio broadcast, authentic WWII black and white cinema footage, and still shot highlights of road signs where battles were fought. There is theme juxtaposition of good vs. evil, equality vs. inequality. Racial prejudice is explored in a unique way. Everything feels up close and personal with tight shots.

I truly enjoyed that film three, The Void had a bit of a lighter tone in many parts thanks to Michael Berens who plays Rodney “Ramrod” Mitchell. Lots of laugh out loud moments with his snarky attitude. The franchise of movies gives viewers a realistic look at what war times bring. Movie one, Saints and Soldiers is particularly stark as it explores shell-shock or PTSD from Corbin Allred (Deacon’s) point of view.

Content: There is heavy war-related violence, psychological tension and raw emotion, so I don’t recommend the films for children. 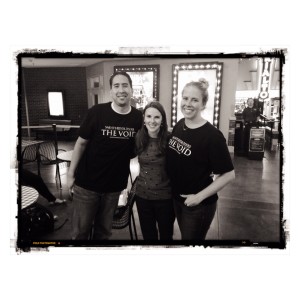 Excel Entertainment and Deseret Book have been the best of hosts in all pre-movie events. I am thrilled to have met the cast, directors and writers. Such an impressive group of people. 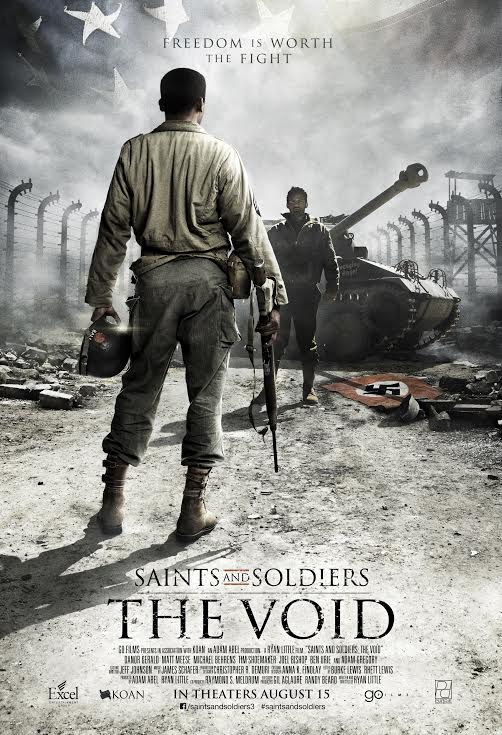 Danor Gerald
Gerald’s first appearance in a feature film, “Believe” (2005), came while he was earning a Digital Cinema degree in Utah. Danor began getting leading roles with “The Cyclist” (2012) produced by prolific Casting Director Jeff Johnson. “Saints and Soldiers: The Void” (2014) is Mr. Gerald’s star-turn as the protagonist in a feature film. Gerald is most known for performances in teen-genre films like “High School Musical 2”, “Forever Strong”, and “House of Fears”.

Adam Gregory
Adam Gregory was born on December 28, 1987 in Cincinnati, Ohio, USA. He is an actor and cinematographer, known for The Bold and the Beautiful (1987), 17 Again (2009) andHannah Montana: The Movie (2009). He has been married to Sheridan Sperry since February 26, 2010. They have one child.
Matthew MeeseThis is Matt’s first feature film! He is best known for his work on the hit sketch comedy show, Studio C, on BYUTV. He also enjoys pie, and the idea of gardening. Check him out. 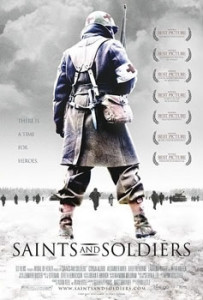 One DVD combo set. Contest for US residents only, ages 18 and older. Void where prohibited by law. DVD outer jewel case has been altered by the publisher,  as it is not for re-sale. 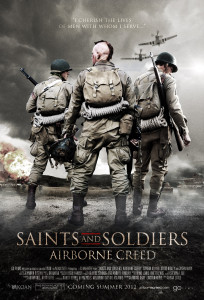 Saints and Soldiers is a dramatic, intense and heroic WWII film about members of the Greatest Generation struggling to be both good men and good soldiers.