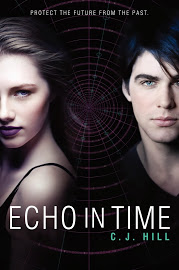 Blog Tour! We are kicking off today and running reviews, guest posts and giveaways on the stops. So be sure to check out each one!

The first in the series, Erasing Time

Visit our Release Day Blitz post for  a chance to win one of both of the books in the Erasing Time series.