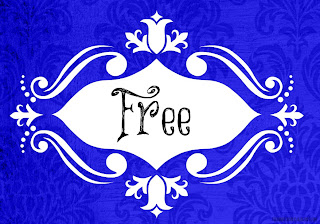 The Reluctant Bachelorette: A Romantic Comedy

by Rachael Renee Anderson
Unknowingly cast as the bachelorette for her town’s charity event, Taycee Emerson wants out. Especially when she discovers her old teenage crush, Luke Carney, is one of the bachelors and it’s up to the viewers–not her–to decide which bachelors stay or go.
Coerced into participating, Taycee does what any self-preserving girl would do. She launches a subtle attack on Luke’s good name with the hope of getting him voted off the show. Unfortunately, Luke’s an eye-for-an-eye kind of guy, and when he discovers what she’s up to, it means revenge.

by Shannon Guymon
Layla Kendall is the oldest of three sisters. She’s a burned out social worker one step away from a major depression and she needs a fresh start. When she and her sisters Kit and Jane inherit their grandmother’s bakery, she doesn’t know if she can trust her good fortune or not. Life has taught her that happiness is just an illusion. But the chance to be with her sisters and get away from the heart ache and pain she’s faced day in and day out is a chance she’s going to take. The fact that they don’t know anything about running a bakery won’t stop them. With Layla’s new life, come new connections and friendships including Michael Bender, a single dad and someone who wouldn’t mind getting to know Layla better. She doesn’t trust men and she doesn’t want to change her mind but Michael’s little girl Stella grabs her by the heart and won’t let go. When Layla and her sisters realize that there are people who want to see them fail, it will take a lot of heart and courage to keep going. Layla will have to let go of the past in order to grab onto the future if she’ll ever find the love she needs.

by Marie Higgins
Lord Trey Worthington isn’t about to give his heart to a woman. He does not want a marriage like his parents. But when his mother brings in a childhood acquaintance into the home to sponsor into society, Trey has to get Miss Faraday trained properly. The more he gets to know Judith, the more he yearns for something he doesn’t dare reach for. Judith is after a faithful husband—something Trey has been convinced most of his life he’ll never become. Judith Faraday is only after one thing—to marry her Naval Officer and enjoy a life full of love. She’s doubtful her dream will ever come true while living as the ward to the dowager duchess. However, the longer Judith is with the dowager’s son, Trey, an attraction blossoms. Judith now wonders if God has different plans for her life, because Trey doesn’t believe in the sanctity of marriage . . . the very thing Judith cannot do without.