Fire and Ice is hosting a spot on the A MOST UNUSUAL DUKE by Susanna Allen Blog Tour hosted by Rockstar Book Tours. 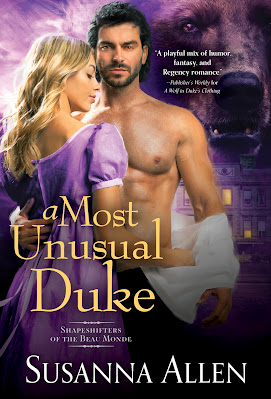 Title: A MOST UNUSUAL DUKE (Shapeshifters of the Beau Monde #2)

The Prince Regent insists his cousin and fellow bear shifter, Arthur Humphries, the Duke of Osborn, take a mate to ensure the continuation of their species. After all, Arthur is an Alpha, so he must set a good example. The duke would very much prefer to continue his comfortable bachelor lifestyle, but the Prince Regent is not a bear to be poked.

Beatrice, the widowed Marchioness of Castleton, is in possession of a powerful secret. She knows all about Shifters, her horrible late husband being one of them. At any moment, Beatrice could reveal the secrets of the Prince and those like him—unless the Prince can make sure she marries another Shifter.

A marriage between the Duke of Osborn and Beatrice is far from ideal for either one, but at least they won’t fall in love…right?

Witty, fantastical, and entirely unique, A Most Unusual Duke is perfect for readers looking for:

“Susanna Allen Writer’s writing is SO GOOD. It sucked me right in. I think you’ll love it, too.”- Julia Quinn, #1 New York Times bestselling author of the Bridgerton series. 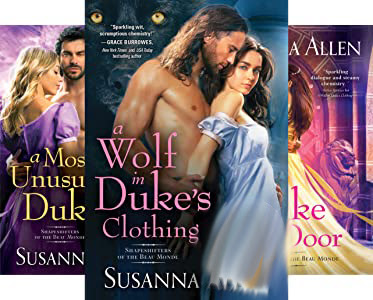 Grab all 3 books in the Shapeshifters of the Beau Monde series now!

REVIEW: A Most Unusual Duke is book two in the Shapeshifters of the Beau Monde Series. Arthur Humphries, the Duke of Osborn is a cantankerous shifter who gets called in to court by the Regent, his cousin Georgie. Also present is a widow, the Marchioness of Castleton. She has been under the protection of the Regent for knowing too much about the customs and brand of species which rules the Beau Mode. The Duke of Osborn and Beatrice are forced into a union to strengthen and continue the line. Neither ever planned to marry, both are adverse to the arrangement, but the Duke needs financial and emotional backing and Beatrice needs protection. A mash up of Regency era romance and paranormal shapeshifters, this book is unique. The pacing is a bit slow and the language formal, so it takes some getting used to. There’s also a complicated secret structure to the animal society and flowery prose, so pacing doesn’t pick up until about three quarters fo the way though the book. When it finally does, I enjoyed the relationship between the two main characters. I wish Beatrice were a little bit less frosty and more playful. She comes across as competent and independent, which is fantastic, but it makes her seem older and cold as her character later arcs toward a carefree woman in love. I liked the the book addresses familial loyalty, especially the scenes where the surrounding Dukes and the Regent come together to fight a threat to their lineage. I also enjoyed the little bits and pieces we see of the Duke of Osborn’s true personality. When he shifts into his bear, hesitancy fades away. I’m glad the roaming extended family moves in and adds snippets of humor. Unlike anything I’ve recently read! Thanks Sourcebooks Casablanca for the complimentary advanced reading copy for review. 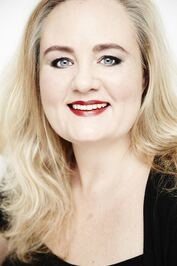 … moved to Ireland for twelve months — in 1998. Having gained a Master of Philosophy in Irish Theatre Studies from the Samuel Beckett Centre, Trinity College, she embarked on a career in theatre criticism, eventually moving into feature writing on all things cultural, as well as lifestyle-oriented subjects for major Irish titles across newsprint and magazines.

Writing as Susan Conley, she is the author of Drama Queen and The Fidelity Project, both published by Headline UK, and the soon-to-be republished That

Magic Mischief. Her memoir, Many Brave Fools: A Story of Addiction, Dysfunction, Codependency… and Horses is published by Trafalgar Square Books and recounts the growth and insights she acquired after having taken up horse riding as an adult, post-divorce.

​Susan is living her life by the three Rs: reading, writing and horseback riding, and can generally be found on her sofa with her e-reader; gazing out a window and thinking about made-up people; or cantering around in circles. She loves every minute of it!

2 winners will receive a finished copy of A MOST UNUSUAL DUKE, US Only.