I am thrilled to be hosting a spot on the NOCTURNE by Cheryl Mahoney Blog Tour hosted by Rockstar Book Tours. Check out my post and make sure to enter the giveaway! 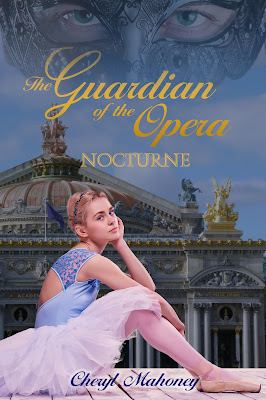 Set against the backdrop of 1880s Paris and the stunning Opera Garnier, The Guardian of the Opera: Nocturne brings you the familiar tale from a different direction. Meg Giry met the Phantom once when she was twelve years old, a new ballet dancer lost in the Opera’s maze. Years later, when an Angel of Music offers singing lessons to her best friend Christine Daaé, Meg is sure she knows what’s actually happening. But as strange events unfold and the pieces stop adding up, Meg has to wonder if she truly understands the Phantom—or Christine.

Erik is a man of many talents and many masks, and the one covering his face may be the least concealing. The opera house is his kingdom and his refuge, where he stalks through the shadows as the Phantom of the Opera, watching over all that occurs. He never intended to fall in love; when he does, it launches him into a new symphony he’s certain can only end in heartbreak. 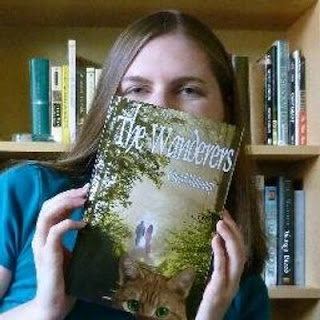 Cheryl Mahoney lives in California and dreams of other worlds. She is the author of the Beyond the Tales quartet, retelling familiar fairy tales, but subverting expectations with different points of view and new twists to the tales. She is also a co-author of The Servants and the Beast, and its companion piece, After the Sparkles Settled. Cheryl loves exploring new worlds in the past, the future or fairyland, and builds her stories around characters finding their way through those worlds–especially characters overlooked or underestimated by the people around them.

She has been blogging since 2010 at Tales of the Marvelous (http://marveloustales.com). Her weekly Writing Wednesday posts provide updates about her current writing, including excerpts. She also posts regularly with book and movie reviews, and reflections on reading. She has been a member of Stonehenge Writers since 2012, and has completed NaNoWriMo seven times.

Cheryl has looked for faeries in Kensington Gardens in London and for the Phantom at the Opera Garnier in Paris. She considers Tamora Pierce’s Song of the Lioness Quartet to be life-changing and Terry Pratchett books to be the best cure for gloomy days.

He waited until the rapid beat of her footsteps faded around the corner, then turned to make his way through the narrow passage towards the nearest descending staircase.
He didn’t often intervene so directly. It wasn’t safe. But he found it hard to consider a crying little girl dangerous. She was small and alone. Before she lifted her head, he had thought she was even younger than she was. Helping her had seemed harmless enough—even amusing, to show off that candle trick. Mere sleight-of-hand, but enough to impress a Persian Sultana, and certainly good enough for a little ballet girl.
Nothing was ever unmixed though, and for all he had found the encounter pleasant, it hadn’t been without a pang. He hadn’t liked hearing the fear in her voice. Surprising, when it was exactly what he wanted, what he had spent these past months carefully composing.
He needed the fear. He needed the Opera Company to think that he was the dangerous one, so it wouldn’t occur to them that they, with their numbers and their confidence and their ability to cooperate, were the true dangers, the ones capable of hounding and harrying and hunting down the outcast in their midst.
He ran his fingertips along the rough wall of the passage, mere inches from the busy life on the other side.
Any attack would be more complicated than a raging mob with pikes; France was a civilized country, outside of her sporadic revolutions. But the result would be the same. The guillotine, or even worse—a cage. He was guilty of the crime of being different, the world had convicted him at birth, and he had ample precedent to suggest how they would sentence him.
But not while he possessed the Opera Garnier. Not while he was the Phantom of the Opera, stalking as ruler through its hidden passages, shadowed vaults and lofty catwalks. They would never catch him. They would never cage him.
Not again.
He would do whatever was necessary to ensure that. For all their melodramatic complaints, the Opera Company was happy enough to be occupying a haunted theatre—a high-quality ghost lent a certain prestige—and if Monsieur Poligny the manager was not so happy about paying a salary to a ghost, well…the man should have chosen more wisely than to marry a woman with his wife’s background. The Opera Ghost had recently obtained some very interesting information, and a little judicious blackmail should resolve any further issues with the management.
As for the little blonde girl, likely it would turn out for the best with her in the end. The ballet dancers and chorus girls loved telling tales about the Ghost, and they much preferred blood-curdling horror stories to ones about a helpful specter. She would be absorbed back into the anonymous crowd of little dancers, all much alike. It had been merely an educated guess that she was new—he didn’t really know every face, at least not yet. By the time she was telling the adventure to a dozen giggling friends, it would be about how the terrifying Phantom had nearly abducted her and she’d barely escaped with her life. He wouldn’t waste his time watching that conversation. He knew that was how it would go.
And it was better that way.