I am thrilled to be hosting a spot on the HIGH SCHOOL MUSICAL: THE ROAD TRIP by Melissa de la Cruz Blog Tour hosted by Rockstar Book Tours. Check out my post and make sure to enter the giveaway! 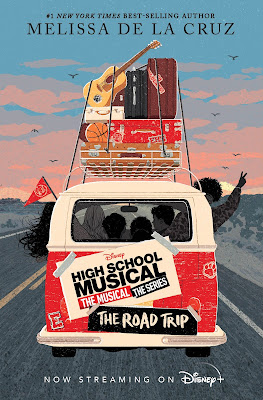 On the heels of their wildly successful run of High School Musical, the gang learns of a can’t-miss opportunity—a High School Musical convention in the next state. There’s something for everyone: panels about mounting your next hit show, cafeteria-tray-dance workshops, Wildcat cosplay, and even a special appearance from the pooch who played Sharpay’s dog (well, one of her puppies, that is).

Ready to hit the road, the crew immediately begins making plans. Nini can’t wait to use the weekend to show how much she cares for Ricky (especially since they just got back together). Kourtney debates signing up for a singing workshop (especially if she’s maybe, just maybe, considering auditioning for the next show), and Gina and Ashlyn decide it’ll be the perfect trial run for living together (especially because Gina has never actually had a friendship last this long). Carlos can’t wait to help Miss Jenn prep for the spring musical, even if Seb has to stay behind to help with the family farm. But car breakdowns, late starts, and a lost E.J. throw a wrench in their plans.

Will the East Highers get the weekend getaway of their dreams? Or will the bumps on the road get the better of them?

A breezy and fun read, the book contains chapters that offer pithy first-person accounts from each character, including quirky Miss Jenn; Carlos and his boyfriend, Seb; recently reunited couple Nini and Ricky and their BFFs, Kourtney and Big Red; popular senior E.J. and his songwriter cousin, Ashlyn; and talented triple threat Gina. The plot includes references to the series and themes straight from the musical: nurturing your talent, showing others how much they matter, and acknowledging the importance of teamwork. Although race isn’t mentioned overtly, the characters are cued as racially diverse, following the casting of the TV show. Fans will appreciate the inside jokes, but explanations in the text make it accessible even to those unfamiliar with the program.

A lighthearted and charming read.—Kirkus Reviews. 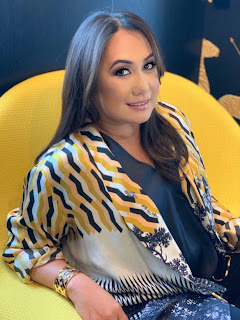 Melissa de la Cruz (www.melissa-delacruz.com) is the author of the #1 New York Times best-selling Descendants series, as well as many other best-selling novels, including all the books in the Blue Bloods series: Blue Bloods, Masquerade, Revelations, The Van Alen Legacy, Keys to the Repository, Misguided Angel, Bloody Valentine, Lost in Time, and Gates of Paradise. She lives in Los Angeles, California, with her husband and daughter.

3 winners will win a finished copy of HIGH SCHOOL MUSICAL: THE ROAD TRIP, US Only.