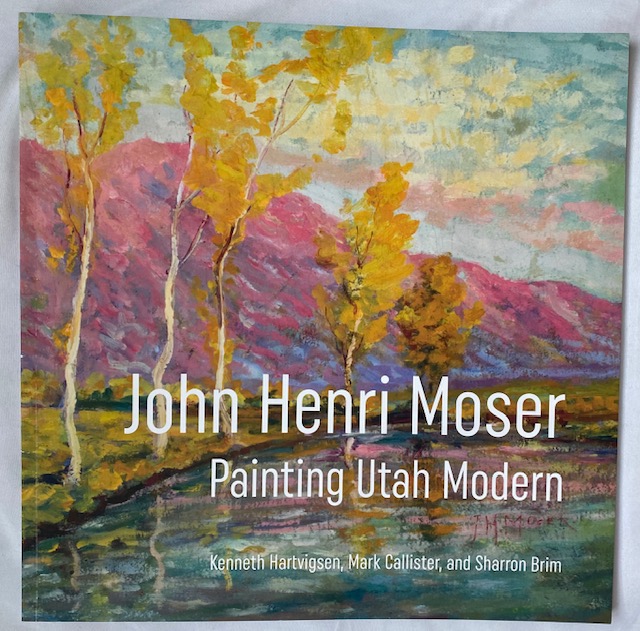 Though collected by museums throughout the western United States, the Utah-based artist John Henri Moser has not received the critical and scholarly attention his career deserves. This volume, inspired by an exhibition of the same name at the BYU Museum of Art, explores the life and work of one of the earliest painters to incorporate European Modernism into Utah's grand tradition of landscape painting.

The cutting edge modernism that Moser was exposed to while studying abroad is clearly shown throughout this exhibition. Though Moser was originally in Paris to study traditional Renaissance-based art, the early 1900’s had so much more to explore. From 1908-1910, Moser was exposed to the exciting world of European modernism. He was highly influenced by the new ideas of cubism, the French explosions of color, and the French post-impressionism stylistic approaches surrounding him.

Upon returning to the U.S., Moser quickly recognized the unlocked potential that the Utah landscapes had to give. He realized that he could utilize these bright colors and loose expressive brushstrokes to show his love for the land. He found himself at a crossroads between the avant-garde new world he had experienced abroad and the traditional art that the Utah art world deemed acceptable. Although nobody at the time seemed to appreciate his modern approach to the Utah landscapes, Moser was steadfast in his artistic integrity and continued to paint his modern interpretations of the world around him. We hope you find a newfound love for the land of Utah as you come and experience this bright, new, modern interpretation in John Henry Moser: Painting Utah Modern.