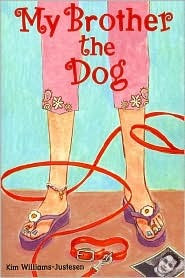 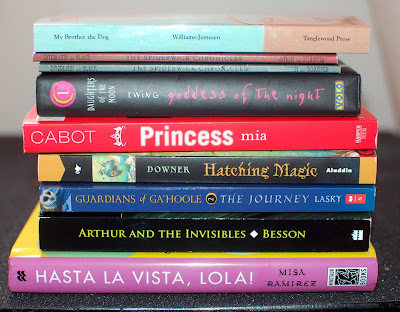 In My Mailbox, IMM, is a bookish meme started at The Story Siren with some inspiration from Alea of Pop Culture Junkieaken
New this week…

The Spiderwick Chronicles-Holly Black Special editions
Goddess of the Night-Lynne Ewing read and reviewing
Princess Mia-Meg Cabot bought to read
Hatching Magic– Ann Downer bought used for my kids, to read
Guardians of Ga’Hoole #2-Kathryn Lasky bought used for my kids, to read
Arthur and the Invisibles-Luc Besson
Hasta La Vista Lola!- Won from Kris at the Cajun Book Ladies Blog
As always let me know if you want to borrow any books.
Our current ARC tours are “The Cinderella Society by Kay Cassidy, Brightly Woven by Alex Bracken, The Mark by Marilyn Bunderson, and The Golden Spiral by Lisa Mangum. Email us if interested in reading and reviewing these!