We are so excited with the response we’ve had for out Best I’ve Read 2010 Giveaways. Welcome to all of our new followers and readers! Be sure to click on BIR right sidebar button to be routed to our main contest page. Giveways are going daily until December 15th on 8 other blogs as well!

Our Prize Pack today is for two YA books: Secondhand Charm by Julie Berry and Rot and Ruin by Jonathan Maberry. 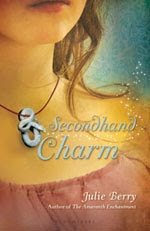 Summary: In a secluded village, magic sparkles on the edges of the forest. There, a young girl named Evie possesses unusually strong powers as a healer. A gypsy’s charms—no more than trinkets when worn by others—are remarkably potent when Evie ties them around her neck. Her talents, and charms, have not escaped the notice of the shy stonemason’s apprentice. But Evie wants more than a quiet village and the boy next-door. When the young king’s carriage arrives one day, and his footman has fallen ill, Evie might just get her chance after all . . .

Summary: In the zombie-infested, post-apocalyptic America where Benny Imura lives, every teenager must find a job by the time they turn fifteen or get their rations cut in half. Benny doesn’t want to apprentice as a zombie hunter with his boring older brother Tom, but he has no choice. He expects a tedious job whacking zoms for cash, but what he gets is a vocation that will teach him what it means to be human.

Win both books, open to ship to the US only by entering below. Giveaway ends December 15, 2010. 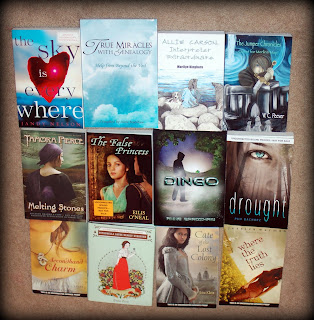 In My Mailbox is a bookish meme originally started by The Story Siren. Every week we’ll post about what books we have received that week (via your mailbox/library/store bought). The idea of In My Mailbox is to bring books to the attention of our blog readers and to encourage interaction with other blogs.

Here’s what I have bought or been sent in the past two weeks. Click on the book title to add it to your own Goodreads TBR list.