CULTURE SHOCK is a witty tale of mystery and romance with a large helping of southern hospitality. 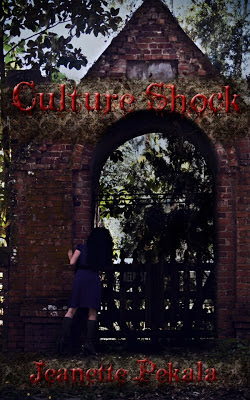 Macy Holmes is a seventeen-year-old socially-isolated introvert since her best friend’s death a year ago. When her family decides to move from Manhattan to the quaint country town of Bougainvillea, Florida, Macy finds she’s in a completely different world. Macy is no longer the outsider hiding behind designer clothes when she is sought out by three strange students, one of whom she is particularly interested in. The more time she spends with Chad the more things don’t add up. When his true identity is finally revealed, Macy is pulled into a supernatural society with its saturation of inhabitants residing in Bougainvillea.
You would think she has enough on her plate, but no, then her dreams become infiltrated by an external magical force, Macy and her band of supernatural misfits must find the culprit behind the magic-induced nightmares. They must dodge zombie assassins, shifty shape-shifters and high school bullies in order to stop this perpetrator before Macy, her friends or her parents pay the ultimate price. Especially when Macy has the sneaking suspicion that these dreams are reality…
Excerpts from Culture Shock by Jeanette Pekala
There were two guys and one girl. The girl had severely long red wavy hair and flawless fair skin. She was supermodel skinny… Her back was to me so I couldn’t get a good look at her face.
The first boy was sitting next to her. His back also to me, but when I first caught them spying, I noticed something peculiar about this boy. He was wearing a black hoodie, with the drawstrings tied so tight, the hood was covering nearly his whole face. He had dark aviator glasses on and gloves. Seriously, it’s like ninety-something degrees outside. Why on earth would you wear gloves? His skin, what was showing of it anyways, was even paler than the girl’s.
***
We found a spot over by the water free of sawgrass. It was a beautiful view. On the back end of the lake was a dense forest. It was dark just beyond the first set of trees. That was the only end of the lake that had remained uninhabited. There was a syrupy mist rising slowly off the surface of the water. It was creepy, but romantic in a sinister way. The sights, sounds, and smells all mingled together to create a scene an artist would love to capture with the stroke of his brush. 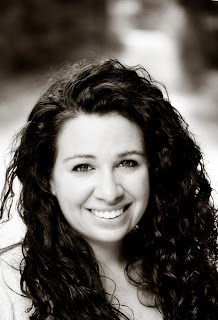 About the author: After finishing her degree in Sociology from the University of Florida, Jeanette Pekala had no idea what she wanted to do with her life.
While her husband was deployed overseas, she focused on what she loved to do, write, where she has finally found an outlet for her overactive imagination.
She lives a not so normal life just a wee bit north of Bougainvillea where she resides with her husband and two children working on Shock Wave, book 2 in the Culture Shock Series.
Buy Links
Amazon eBook
Amazon Paperback
Createspace Paperback
Barnes & Noble (Nook)
Contact Links
E-Mail
Facebook
Goodreads
Blog
Website
Twitter
Enter to win:
a Rafflecopter giveaway