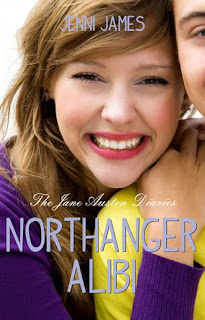 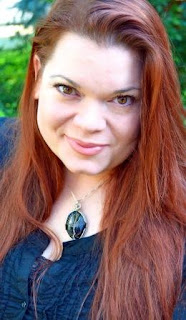 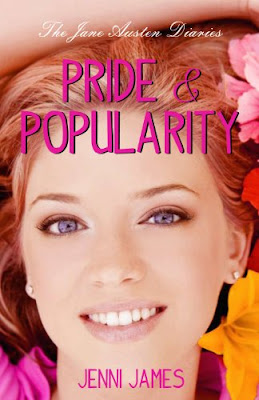 Chloe Elizabeth Hart despises the conceited antics of the popular crowd, or more importantly, one very annoying self-possessed guy, Taylor Anderson, who seems determined to make her the president of his fan club! As if! Every girl in the whole city of Farmington, New Mexico, is in love with him, but he seems to be only interested in Chloe.

With as many young adult books as I read there are very few I would definitely recommend to my daughters and friends as completely worth the time and purchase. But Pride and Popularity is one I can whole heartedly stand behind. Jenni James takes Jane Austen’s Pride and Prejudice into the 21st century and adapts it to teens. I found myself totally immersed and grinning ear to ear at the end.

Chloe has been burned by the popular crowd at her old school and at age 15 is determined it won’t happen again when she relocates with her family to Farmington. The only problem is that there happens to be an uber popular, stunningly cute and charming boy there. But mark Chloe’s words to her two best friends…Taylor Anderson will NOT win her over. Forget the fact that Taylor has beautiful blue eyes, serves others plus is ever persistent in his attention. (Girls and moms alike will swoon at the fact that Taylor’s middle names is Darcy.)

Pride and Popularity not only won my heart, it also addresses witholding judgement, the risks of online sites for young teens, and the importance of involved parents. The characters are real, the teen perspective spot on. I can not wait to see all of Jenni James re-tellings in her Austen series. She’s a YA author to watch! Thanks so much to Brigham Distributing for sending me such a fun amazing book.

Learn more at author Jenni James blog and enter to win your own copy on Goodreads.