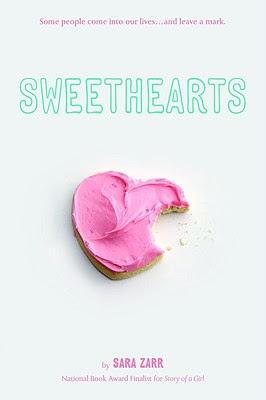 Synopsis
As children, Jennifer Harris and Cameron Quick were both social outcasts. They were also each other’s only friend. So when Cameron disappeared without warning, Jennifer thought she’d lost the one person who would ever understand her. Now in high school, Jennifer has been transformed. Known as Jenna, she is popular, happy, and dating—everything “Jennifer” couldn’t be. But she still can’t shake the memory of her long-lost friend.

When Cameron suddenly reappears, they both are confronted with memories of their shared past and the drastically different paths their lives have taken.

Sweethearts is a story about the power of memory, the bond of friendship, and the quiet resilience of our childhood hearts.

The story of Jenna/Jennifer and Cameron was inspired by a friendship I had as a child with a boy, Mark, who came back into my life when we were both adults. When Mark and I got back in touch, I was surprised at what a strong bond we had despite having not seen nor heard from one another since third grade. I started asking myself—what if Mark and I had been reunited in high school? What if our lives had taken divergent paths? Would we still be loyal to each other, based on that childhood friendship, even if we wound up in different social circles and with different destinies? If so, why? What kinds of emotional and practical challenges would that bring? Though the details of what happened to Jennifer and Cameron were all made up, I did my best to be as emotionally truthful as I could with their story. I continue to be been blown away by reader response to this book, and how many people out there have Jennas and Camerons of their or their own. 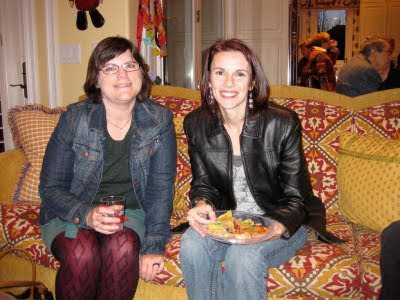 I met Sara Zarr soon last month after completing her book “Once Was Lost” at the “Beautiful Creatures” release party. She was sitting on the couch and I knew no one else around, as our friend Brodi had not yet arrived. I went up and introduced myself in a Jennifer Harris moment of my own. I tried to spark up conversation about my opinions of her book and in the process made a complete fool of myself. Sara was down to earth and genuine. Meeting her made me want to read more of her work.

Sweethearts was so realistic and heart warming for me personally. Cameron Quick is the kind of friend you want for all of your life, despite his understandable walls and ability to disappear. I could relate to much of their life story which is I think why I was pulled completely into the pages. I finished it in 24 hours and it left an impression I am sure I won’t forget. Having worked for several years as a child protective service and foster care worker for the State, I see so many of Sara’s descriptions as real-life struggles for teens seeking independent living and seeking to break the cycles of their childhood.

Sara tackles every day issues in today’s world like abuse, single parent homes, popularity, school bullies, religion, compulsive eating, and teenage relationships. She leaves you hopeful that there are every day heroes and loves that endure the bounds of time and space. Five out of five stars for “Sweethearts.” I think it would be an excellent book to explore in the classroom.

Watch a fan made trailer on Youtube here: http://www.youtube.com/watch?v=CM8gfCJUTMs