Posts Tagged: I now pronounce you someone else

Tell us about your book… I Now Pronounce You Someone Else
Contemporary YA
No vampires
Carries the following warning: This book contains parents.

Is there a sequel planned? Or any other books in the works?
No sequel, but I get e-mail from readers at least once a week asking me to write one, and I am indescribably grateful for the sentiment every single time. It really touches my heart that people like these characters so much that they want to read more about them.
And, yes, I have a second, unrelated book in the works, tentatively title KISSING MR. GLASER. Quick synopsis: Brainy 16-year-old Josie Sheridan falls in love with a guy who falls in love with Josie’s sister who is engaged to a man Josie hates. Now armed with all the ammunition she needs to prevent the wedding, Josie must determine how pure her motives are, where her loyalty lies and what this business of love is really all about.

Where did the idea for I Now Pronounce You Someone Else come from?
From the intersection of three separate ideas:
1. My happy fascination with weddings
2. My own alias – Phoebe Lilywhite
3. My regret at having never told my step-dad how much I loved him before he died.
So, put these three elements into the crucible that is my imagination and . . . poof! . . . instant novel. I’m just so glad it didn’t smell like rotten eggs!

Are any of Bronwen’s struggles ones you can identify with? What advice would you give to teens who can relate?
Yes, I struggle with Pathological Condiment Aversion, and my advice to anyone who suffers from this condition is to avoid all situations – especially picnics – where condiments may be placed on your sandwich without your permission or knowledge. Alternatively, just eat before you go.

Her parents struggle to relate and Jared seems to have the perfect family. What are the main differences between the two families?
Good mental health. I’m serious. Bronwen’s family is not mentally healthy. They’re not making tin-foil hats to deflect the mind-altering radio waves beamed at them from their neighbors’ satellite dish. They’re not that kind of crazy. But they’re still not a fully functional family. Jared’s family is. 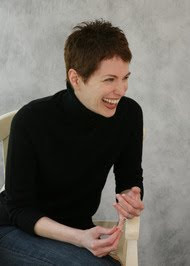 How do you think the death of her father affected Bronwen and what helped her recover?
I can write this from experience. My father died when I was five months old, and my step-dad died when I was 21. The death of a loved one changes you permanently. You are never the same again. You can have joy, peace, love, good times, laughter, etc., but it’s all of a slightly different kind. It is now tinged, to ever varying degrees, with sadness or longing or sighing or tears or a nagging sense of incompleteness. The bad news is that this never goes away. The good news is that you learn to live with it.
In addition to this, children whose mother or father dies have a whole set of worries and fears and problems and experiences and perceptions that children whose parents live into old age will never know.
So Bronwen is changed by her father’s death in ways no one can fully understand unless they have experienced a similar loss. Talking about grief is what helps you heal from the rawness of it, and clearly Bronwen’s family does not do enough talking. She does, though, and she has friends like Kirsten to help her, and Jared’s a good listener for her, too.

What advice would you give to someone getting married?
To the Bride-to-Be: Only go through with this if you can honestly say you’d marry this particular guy without any of the “Big Wedding” accessories – no dress, no bridesmaids, no showers, no rehearsal dinner, no reception – just you, him and the presiding official of your choice.

To the Groom-to-Be: If you are about to marry a woman who gave you an ultimatum – If we’re not engaged by Christmas, we’re through – call it off! You just got bullied into marriage! Oh, and then back to the Bride-to-Be: If you can bully him to the altar, do you really want him?
Okay – I need to go into the pre-marital counseling business, because I have so much more to say to and about engaged couples. At the end of the session, instead of a grade or comments, couples will just get a YES or a NO from me.
Yes – get married and bless you both.
No – call it off, give the ring back and unfriend each other on Facebook. It’s over.
That will be $75 please.

How do you picture Bronwen and Jared if you were casting them?
As long as this isn’t turned into a musical, I would be happy with anyone in the parts. 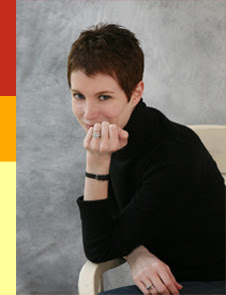