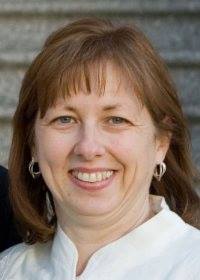 Hey book friends, one of our authors Anita Stansfield is in need, and we at Fire and Ice want to help!

“Beloved author Anita Stansfield has Celiac Disease, which went undiagnosed for nearly nine years and caused a great deal of damage in several of her body systems. Through the years of treating it, she also had breast cancer and multiple surgeries for that and other reasons. During all this illness she put out 58 books in 19 years! But because she has a tendency to migraines, that’s how her body responds when it’s not healthy, and now she spends most of her days on bed rest and is unable to write…

…Anita has a great doctor who is helping her become healthier, but it will take a lot of time, and she really will not be able to put out a lot of books. In an effort to help her get through this rough patch, her friends have put up some of her previously unpublished books on the Kindle and now they have drastically dropped the prices to increase sales.

All proceeds go directed to the family…

The first book The Captain of Her Heart is only $3.99! If you love historical romance with an inspirational tone or any of Anita’s books, please consider checking out this series and passing this information on to others who may be interested. You can also make a straight monetary donation if you wish by clicking the DONATE button on the facebook page below.

Anita is a very loving, generous person (very like the heroines she writes about!) and has given a lot to world of writing. It’s really tough to see her in this position after writing so many great books. You can find the URL to the first book below and click on the Amazon links for the others. THANKS!”

Find out more or donate on the facebook page which has been set up.


About the Author: Anita Stansfield has been the reigning queen of LDS romantic fiction for more than a decade, although her general market releases have been among her readers favorites. Her work has shattered the stereotypes of romance novels with her trademark ability to combine great storytelling with intense psychological depth as she focuses on the emotional struggles of the human experience. Her novels cover a huge spectrum, from the eighteenth century to the present, from heart warming to heart stopping. Hundreds of thousands of readers agree: Anita Stansfield’s characters and the lives they lead are not easy to forget.

Anita’s statement: As a breast cancer survivor, I strongly encourage all of my female readers and their loved ones to practice keen self-awareness, get regular screenings, and support the ongoing movement for a cure. We as the women of this generation have so much to live for! ~Anita 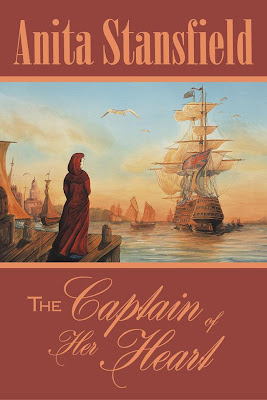 The year is 1777. As the brooding mists of war settle over a stark American battlefield, Captain Ritcherd Buchanan yearns for his native England—and for Kyrah Payne, the woman he loves. Wounded and disheartened, he eventually returns home, only to have Kyrah torn cruelly away from him and deported for a crime she didn’t commit. Desperate to bring her home, he joins a band of privateers and finds himself embracing the American patriot cause—a cause he’d once sworn to defeat.

All alone in a country at war, Kyrah becomes a victim of the breach between her own impoverished circumstances and the aristocratic upbringing of the man she loves. They had been best friends and confidants for more than half her life, but now she wonders if Ritcherd will ever be able to find her—or if he’ll even try. And she fears that the chasm between their worlds can never be bridged.

A powerful and deeply moving saga, its intricate plot expertly woven and guaranteed to keep any reader turning its pages. The only disappointment is that the book ends!

The Captain of Her Heart may be the finest novel yet by best-selling author Anita Stansfield.


Any book purchased from the Buchanan Saga series will directly help Anita!

Please help spread the word and thanks so much!