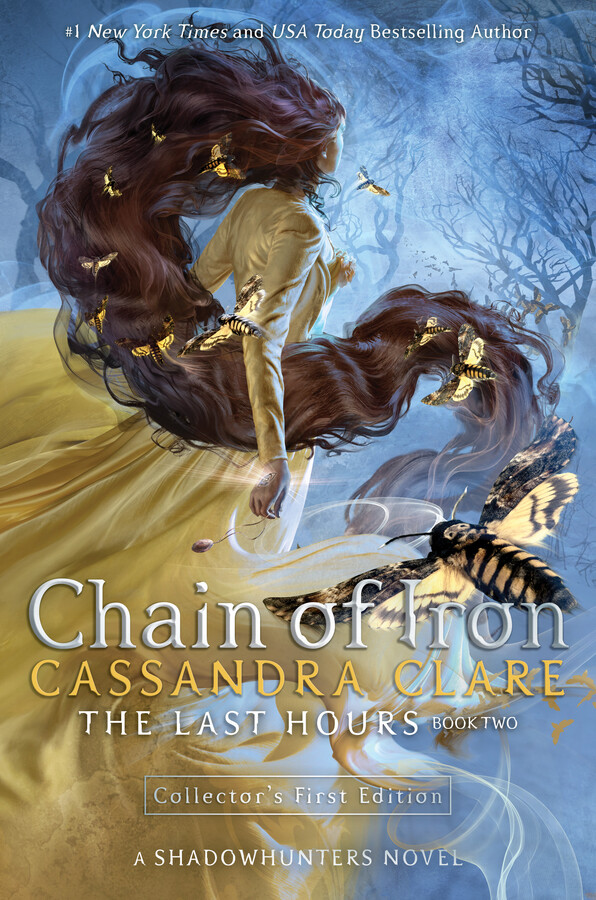 Cordelia Carstairs seems to have everything she ever wanted. She’s engaged to marry James Herondale, the boy she has loved since childhood. She has a new life in London with her best friend Lucie Herondale and James’s charming companions, the Merry Thieves. She is about to be reunited with her beloved father. And she bears the sword Cortana, a legendary hero’s blade.

But the truth is far grimmer. James and Cordelia’s marriage is a lie, arranged to save Cordelia’s reputation. James is in love with the mysterious Grace Blackthorn whose brother, Jesse, died years ago in a terrible accident. Cortana burns Cordelia’s hand when she touches it, while her father has grown bitter and angry. And a serial murderer is targeting the Shadowhunters of London, killing under cover of darkness, then vanishing without a trace.

Together with the Merry Thieves, Cordelia, James, and Lucie must follow the trail of the knife-wielding killer through the city’s most dangerous streets. All the while, each is keeping a shocking secret: Lucie, that she plans to raise Jesse from the dead; Cordelia, that she has sworn a dangerous oath of loyalty to a mysterious power; and James, that he is being drawn further each night into the dark web of his grandfather, the arch-demon Belial. And that he himself may be the killer they seek.

It’s been a long time since I have bought a book on release day, but I did purchase Chain of Iron as soon as it came out. I loved book one in the Last Hours Series, Chain of Gold. (5 Stars. Pick it up if you haven’t already) Cassandra Clare has created a world of escape. No matter how many books I read of hers, I still enjoy everything she puts out.

Chain of Iron has so many plot twists and points of view. The marriage between Cordelia and James Herondale is beautiful and selfless. James shows what a gentleman he can be and Cordelia is selfless and strong. It was a delight to just sit with them in their home and enjoy the time they spent as a couple. I did not like the scenes of disloyalty and fleeting romantic encounters between characters, but, they are meant to be developing….young and reckless. The portrayal of alcoholism by two characters is raw and real.

The end was a bit muddled because there’s so much going on all at once. Plots converge at a cliffhanger for book 3. A year is a long time to wait for the ending!

Cassie is one of my favorite writers. She’s a master storyteller in every way. Gorgeous cover!

Cassandra Clare is the author of the #1 New York Times, USA TODAY, Wall Street Journal, and Publishers Weekly bestselling Mortal Instruments series and the Infernal Devices trilogy, and coauthor of the Bane Chronicles with Sarah Rees Brennan and Maureen Johnson. She also wrote The Shadowhunter’s Codex with her husband, Joshua Lewis. Her books have more than 36 million copies in print worldwide and have been translated into more than thirty-five languages. Cassandra lives in western Massachusetts. Visit her at CassandraClare.com. Learn more about the world of the Shadowhunters at Shadowhunters.com.

Stacking The Shelves is a meme started by Tynga’s Reviews “all about sharing the books you are adding to your shelves, may it be physical or virtual. This means you can include books you buy in physical store or online, books you borrow from friends or the library, review books, gifts and of course ebooks.” 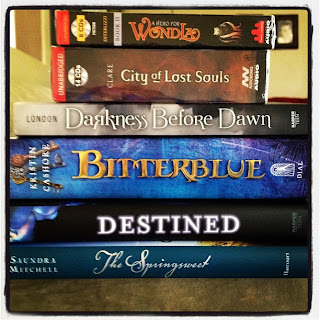 Here’s what’s new on my shelves this week…

Bought from The Book Depository:

The Springsweet (The Vespertine #2)  by Saundra Mitchell

What’s new on your shelves?