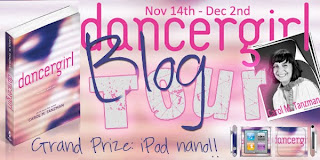 Fire and Ice is Today’s stop on the official blog tour for Dancergirl hosted by Kismet Book Tours, Carolyn Tanzman and Harlequin Teen.
Book Summary: Ali Ruffino loves to dance. When her friend posts videos of her online and they go viral, she thinks her unexpected fame might propel her straight to center stage. But along with some real admirers she gets some nasty detractors—and a stalker who isn’t content to watch from afar. 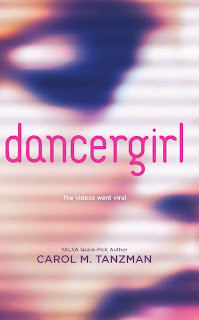 The main character in the YA thriller DANCERGIRL, 16 year-old modern dancer Ali Ruffino, lives in Brooklyn, NY. She and her friends at Washington Irving High School, WIHi for short, have a definite list of fave foods. Here are the places they love, along with their twitter/website addresses. They are:

8. Potato Knish from the Hot Dog stand in Brooklyn Heights (Knish = dough with filling inside). MUST be eaten with mustard. Clinton near Montague 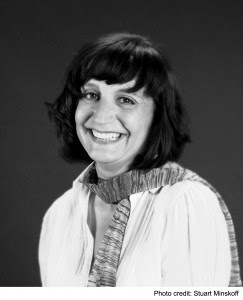 Carol M. Tanzman’s performing arts career is eclectic. She was a dancing poppy in a production of the Wizard of Oz that toured to the Soviet Union, an abstract chicken in a New England mime company, and the assistant director for a play in Germany where her major responsibility was making sure the sheep entered and exited on cue. She’s directed regional and Off-Broadway productions of new plays, was the artistic director of a children’s theatre company in upstate NY and has been honored (twice!) by the Bravo Awards for her work with the Los Angeles Unified School District.Her first YA novel, The Shadow Place, was on YALSA’s Quick Pick List of Recommended Books, the National Council of Teachers of English ALAN List of Best Books, and the CA Collection for Middle & Senior High Schools.

Be sure to check all the stops on the Dancer Girl Blog Tour for chances to enter the awesome giveaway!

Contest Info: Carol and Harlequin are offering two giveaways for his tour!

1.) The first give-away is copy of Dancergirl. Enter by leaving a comment on this Tour Stop (and then confirm that you left a comment via Rafflecopter)

2.) The second give-away is an iPod nano, skinned in the Dancergirl artwork!

Simply enter via the Rafflecoper widget (click the arrow under post that says read more) and get extra entries for tweeting (once per TourStop), following Carol on twitter,”Liking” her on facebook, leaving your mailing address (for faster shipment of the prize) and for leaving a comment at each Tour Stops (one extra entry for each TourStop) See full contest rules here. Good Luck!