Posts Categorized: wings of the wicked 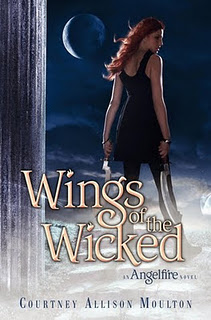 Life as the Preliator is harder than Ellie ever imagined.

Balancing real life with the responsibility of being Heaven’s warrior is a challenge for Ellie. Her relationship with Will has become all business, though they both long for each other. And now that the secret of who she really is has come out, so have Hell’s strongest reapers. Grown bold and more vicious, the demonic threaten her in the light of day and stalk her in the night.

Cadan, a demonic reaper, comes to her with information about Bastian’s new plan to destroy Ellie’s soul and use an ancient relic to wake all the souls of the damned and unleash them upon humanity. As she fights to stay ahead of Bastian’s schemes , the revelations about those closest to her awaken a dark power within Ellie that threatens to destroy everything—including herself.

Treachery comes even from those whom she loves, and Ellie is broken by the deaths of those who stood beside her in this Heavenly war. Still, she must find a way to save the world, herself, and her love for Will. If she fails, there will be hell to pay.

I’ll be the first to admit that I am not big of action movies, horror, or monsters in abundance so the fact that Courtney Moulton keeps me engrossed in her latest book, Wings of The Wicked is a huge accomplishment on her part. I sat down yesterday to refresh my memory for this review and 10 chapters later I was swept up again in Courtney’s world. You know a book is REALLY interesting when I read it more than once!
Book two in the Angelfire series finds Ellie tyring her hardest to balance her life as the Preilator with every day life as a high school student, friend and daughter. Her days are spent in class and nights in training with two new angelic reapers, learning to wield the kophesh and angelfire. By her side is guardian Will who continuously puts himself on the line to protect her life. Things are really heating up between the two of them and their chemistry was my favorite element of the storyline. As Ellie is starting to get some of her memories back from her previous lives, her love for Will runs even deeper than the here and now. But he is often stand offish and sullen. Cadan is back from book one, and shows up when you least expect it to shamelessly flirt with Ellie in an attempt to steal her heart. Underneath his identity as the enemy is much much more than readers will bargain for. Lines become blurred between what is evil and what is good, and where loyalties lie.

Courtney has a gift with creating all kinds of creatures superimposing them onto the human world. This is a book that starts right off with non-stop action and keeps the pace until the very end. My only struggle that kept me from giving it a full five stars was that some of the scenes were too disturbingly violent for my personal taste. Ellie is not a weak teen protagonist. She gets out there and kicks some butt. However, if you can’t stomach blood and swords this series may be a bit much because the author is not afraid to kill off her characters!

Content: This book looks at grief and guilt, as well as what could and often does happen when under age teens drink too much at parties and put themselves in a bad situation. Other content includes domestic violence, moderate swearing and talk of sex as well as tension. This is one is best suited for older teens and adults.

I can’t say I’ve enjoyed an urban fantasy quite as much as Wings of the Wicked in a long time. The writing is brilliant, characters well developed and pacing perfect. Courtney not only made me crave Coldstone cookie dough ice cream in a waffle cup, she also left me craving the next book in the Angelfire series. I can’t wait for you all to read this one coming out just in time for Valentine’s Day because Will + Ellie = pure perfection. Thanks so much to Harper Teen for an awesome action packed holiday read. 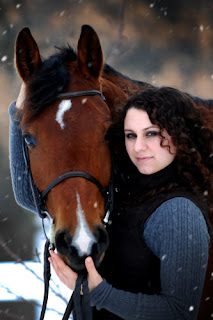 About the Author: Courtney Allison Moulton lives in Michigan, where she is a photographer and spends all her free time riding and showing horses. She has always loved reading about ancient mythologies, studying dead languages, and telling scary, romantic stories. ANGELFIRE is her debut novel.

Watch the trailer and enter to win a signed ARC of Wings of The Wicked on Courtney’s site here.
Our Giveaway: We met the author at BEA this year and we have three awesome bookmarks with Will, Cadan and Ellie to giveaway. To enter to win a set of three Angelfire bookmarks simply comment below. Ends January 7, 2012 and is open internationally.