Fire and Ice is thrilled to be a part of the cover reveal for DOOMED hosted by Mundie Moms. Without further ado here is the lovely new cover… 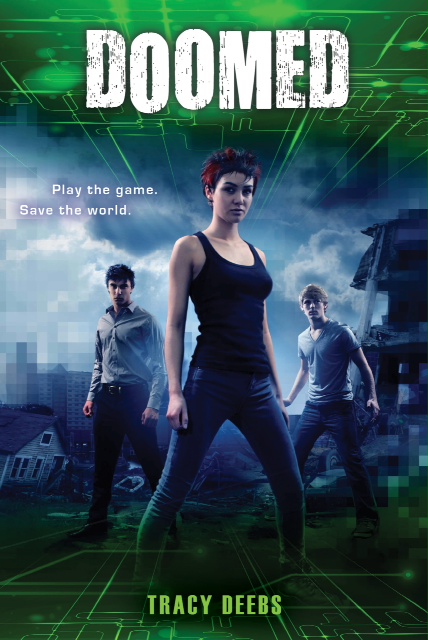 DOOMED
By: Tracy Deebs
Published by: Bloomsbury Walker
To Be Released on: January 8th, 2013
Beat the game. Save the world.
Pandora’s just your average teen, glued to her cell phone and laptop, surfing Facebook and e-mailing with her friends, until the day her long-lost father sends her a link to a mysterious site featuring twelve photos of her as a child. Unable to contain her curiosity, Pandora enters the site, where she is prompted to play her favorite virtual-reality game, Zero Day. This unleashes a global computer virus that plunges the whole world into panic: suddenly, there is no Internet. No cell phones. No utilities, traffic lights, hospitals, law enforcement. Pandora teams up with handsome stepbrothers Eli and Theo to enter the virtual world of Zero Day. Simultaneously, she continues to follow the photographs from her childhood in an attemp
t to beat the game and track down her father, her one key to saving the world as we know it. Part The Matrix, part retelling of the Pandora myth, Doomed has something for gaming fans, dystopian fans, and romance fans alike.