Posts Categorized: The Princess In The Opal Mask

On Wanting to Write “Someday” 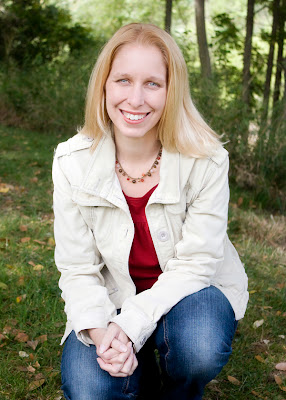 From a young age I knew I liked to write and that I wanted to get published one day. In fourth grade my teacher had our class write an essay describing the field trip we’d just taken—with one fun twist: Our essays would be judged, and the top two would be published in the school newsletter the following month. Now, I’m not normally a competitive person. But that day in fourth grade I was seized with what I can only describe as “publication fever.” I wanted to win that contest, more than I remember wanting anything else.

So I got down to business writing the best essay I possibly could…and I won!!! I loved seeing my name in print, and just as important, I discovered I loved to write.
I wish I could say I went home that day and started writing. I wish I could say I started keeping a journal, but that’s not my story. My story is that it took me twenty more years to get serious about writing.
Maybe some of you out there can relate. You may have a dream, but sometimes for a whole host of reasons it’s hard to go after that dream. For me, what held me back was a lot of negative thinking. For one thing, I believed I wasn’t creative enough. I thought that writing fiction was only for the super creative people that had three brilliant ideas before breakfast. I believed I wouldn’t be good at it, and certainly no one would ever want to publish what I’d written. But in the back of my mind, I thought, “I’ll start writing…someday.”
That’s where I stayed for a long time. And then not too long after I turned 30, I had a strange experience in a restaurant while I was celebrating my friend’s birthday. My younger son was a few weeks old, I hadn’t slept in forever, and life was just HARD in so many ways. I watched my friend unwrap a journal, and something just clicked for me. I used to like to write and journal. But for so many years I’d done nothing about it.
It was at that moment that I made a discovery that a lot of people probably already know. And that is that time is a non-renewable resource. All the time that I’d spent thinking, “I’d like to write…someday,” was gone and I had nothing to show for it.
It’s my firm belief that the word someday is a dream killer. Unless your “someday” becomes “today,” you’re not going to start pursuing your dream.
So I set a goal for myself: I would write until I finished a rough draft of a novel. It didn’t matter how bad that draft was. It just had to exist. During those early months writing felt like a way to do something for me when so much of my days (and nights) were devoted to caring for others. It became a way to reconnect with the person I wanted to be when I was younger, and the person I hoped I still could be, one day.
And you know what I found as I worked on that first draft? It wasn’t as hard as I thought it would be. And another thing, no matter how bad the day had been otherwise, how much the children cried, how hard life seemed, I could always point back to the pages/paragraphs I wrote, and call the day a success. Because I had set a goal and I was working toward it.
Nowadays, I have deadlines I have to meet; people in publishing I need to please. But ultimately, I still write from a sense of passion, and from a place of knowing that writing brings me peace and fulfillment. I only wish I hadn’t waited so long to get started.
Whenever someone comes up to me and tells me they’d like to start writing (or painting, or scrapbooking, or take a cooking class, or go back to school, etc.) someday, I tell them to be careful not to let their dreams get derailed. “Someday” is a dream killer; but “today” is a dream maker.

About Jenny Lundquist: Jenny Lundquist was born and raised in Huntington Beach, CA. She earned a Bachelor of Arts degree in Intercultural Studies with a minor in TESOL at Biola University. Lundquist has published two middle-grade books, Seeing Cinderella and Plastic Polly. She lives in Rancho Cordova, California with her husband and two sons. 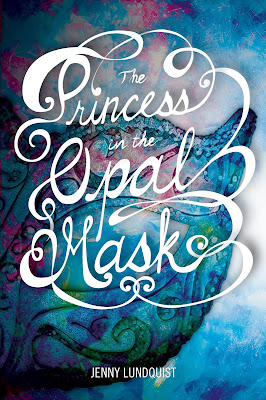 About The Princess in the Opal Mask: One Legend Determines the Fate of Two Lives
In the faraway village of Tulan, sixteen-year-old Elara has spent her entire life as a servant, trying to track down her real name. The name she was given before being orphaned. Meanwhile, in the kingdom of Galandria, Princess Wilhamina does not know why her father, the king, makes her wear a mask. Or why she is forbidden to ever show her face.
When a new peace treaty between Galandria and Kyrenica is threatened, Elara and Wilha are brought face to face. Told in alternating perspectives, this intricate fairytale pulls both girls toward secrets that have been locked away behind castle doors, while the fate of two opposing kingdoms rests squarely on their untrained shoulders.
Purchase:

Giveaway: Jenny is giving away 15 copies of THE PRINCESS IN THE OPAL MASK! Enter to win by entering the Rafflecopter below.
a Rafflecopter giveaway