Posts Categorized: The Mark of a Giant 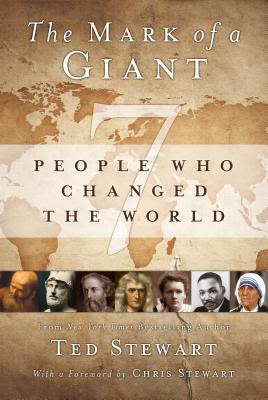 The Mark of a Giant: Seven People Who Changed the World
by Ted Stewart, Chris Stewart (Foreword)
Hardcover, 262 pages
Published May 13th 2013 by Shadow Mountain
ISBN 1609071816
Genre: Non- Fiction
Book Source : BEA
4 stars
Summary: Throughout the course of history, civilization has been blessed by strong-minded men and women who have impacted our world in extraordinary ways. Their imprint upon humanity is beyond dispute. And many would contend that they were no less than the result of Divine Providence—a gift of God to the human race. Who are these individuals? What is it about these few that make them different? Were they merely in the right place at the right time? Or were they somehow chosen?
Review: To the reader who likes to sit down and digest small bits of history, this is  the perfect introduction to seven people who left a huge footprint. The author chooses Abraham of Ur, Pericles, the Apostle Paul, Sir Isaac Newton, Marie Curie, Martin Luther King Jr., and Mother Teresa and gives a biography as well as turning points in their lives. He opens us up to the philosophies they held that changed society.
In particular, I enjoyed the chapter on Abraham of Ur who rejected the teachings of his father and adopted monotheism as opposed to idolatry. Who had enough faith in his God that he was willing to sacrifice all he held dear, and who was given the opportunity to be a father of many nations.

I’ve always been a follower of Mother Theresa.  I had no idea she was born as Agnes Gonxha Bojaxhiu in Serbia, or that her Catholic faith was a minority religion in her country. Hearing how she was raised by a mother of greatness and some of the teachings in her childhood home really filled in the gaps of how she became such a world force.

Mother Theresa’s own mother, no doubt, had a great role in molding her into the selfless woman of God she became.

I learned a great deal about the giants Ted Stewart picked! I would recommend reading this book a little at a time and pondering how the lessons these giants taught can be folded into our own life.

This book is about history. More specifically,it is a book about how strong-minded men and women have changed the course of history.” – introduction, page 1 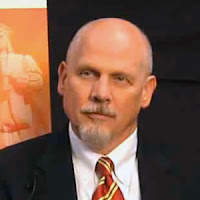 About the Author: Ted Stewart was appointed as a United States District Court Judge in 1999 by President Bill Clinton. Prior to that, he served as chief of staff to Governor Michael O. Leavitt, as executive director of the State Department of Natural Resources, as a member and chairman of the Public Service Commission, and as chief of staff to Congressman Jim Hansen. He has been a visiting professor at two state universities, teaching courses in law and public policy. He is the New York Times bestselling author ofThe Miracle of Freedom: 7 Tipping Points that Saved the World.