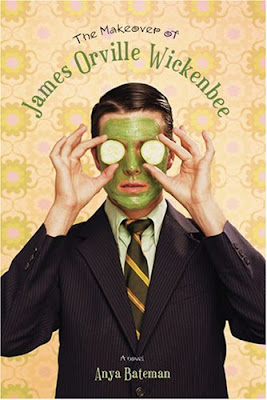 published August 1st 2008 by Deseret Book
details Paperback, 272 pages
isbn 1590387074
3 stars
At Fairport High School, Jana has taken on a special project. She’s determined to turn James Orville Wickenbee, her brother’s new best friend, into James Orville Wickenbee, her brother’s new best friend, into one of the “cool kids.” After all, Jana can’t afford to have James–a “nobody,” not to mention a Mormon–ruin her plans to get her brother elected as student body president. The problem is, Alex doesn’t want to be president, and James has no interest in becoming popular. Not to worry–Jana has everything under control. James will just have to be president instead. The makeover might take some extra work, but she’s ready for the challenge. She’s very convincing. In fact, the entire school begins to see James as “Super-Jim.” But the “makeover” creates a surprise that nobody saw coming, especially Jana.
This a fun, light summer read that will leave you with a good feeling afterward. The narrator reminded me a lot of Polly in Scones and Sensibility by Lindsay Eland. Jana is one of those girls who feels ugly on the inside, but presents herself as confident on the outside. She has an agenda to change everyone around her into what she thinks they should be. At the top of her list is brother Alex. He would be perfect in politics, only he doesn’t want to be. Then along comes James…with big glasses, thick white socks and a shirt that doesn’t quite fit he is the perfect candidate for a makeover before he can be seen at their lunch table.
It does get a little annoying living inside of Jana’s head through the entire novel until she begins to change. She likes to stereotype and look down at others. But, you’ll want to see what happens with her and James so the pages keep flipping. The plot is somewhat predictable but I was entertained and endeared to James. His mere existence and character changes the lives of all those around him. He embodies the idea that beauty is more than skin deep. This is a clean read, and in my opinion is great for middle grades, junior high-sophomores in high school. I enjoyed it and give the book three stars!