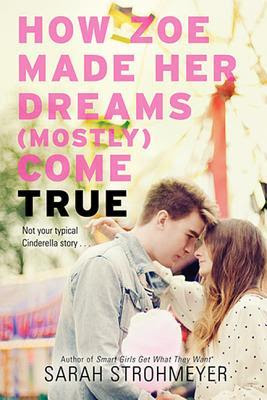 How Zoe Made Her Dreams (Mostly) Come True by Sarah Strohmeyer

Summary From Goodreads: From Sarah Strohmeyer, author of Smart Girls Get What They Want, comes this romantic comedy about one girl’s summer job from hell. Think The Devil Wears Prada set in Disney World.

When cousins Zoe and Jess land summer internships at the Fairyland Kingdom theme park, they are sure they’ve hit the jackpot. With perks like hot Abercrombie-like Prince Charmings and a chance to win the coveted $25,000 Dream & Do grant, what more could a girl want?

Once Zoe arrives, however, she’s assigned to serve “The Queen”-Fairyland’s boss from hell. From spoon-feeding her evil lapdog caviar, to fetching midnight sleeping tonics, Zoe fears she might not have what it takes to survive the summer, much less win the money.

Soon backstabbing interns, a runaway Cinderella, and cutthroat competition make Zoe’s job more like a nightmare than a fairy tale. What will happen when Zoe is forced to choose between serving The Queen and saving the prince of her dreams?

Review: Summer is the perfect season for Sarah Strohmeyer. Her light, funny voice carries you away to Fairyland where high school students are pushing and shoving their way to the top as interns as storybook characters at a high end amusement park. Zoe and her cousin Jess show up for their first day only to find themselves in the smelly no air conditioned dorms rather than the palatial Cinderella suites of the princesses. And to make matter worse, Zoe doesn’t even have a real place in the mayhem. She’s sequestered away to serve “the Queen”, the boss and owner of the park with her demanding little dog named Tinkerbell and obsessive rules. Zoe has to make the most of her midnight walking the dog. When one night she stumbles into “the forbidden zone”, an off limits portion of the park she’s rescued by a mysterious Prince Charming who is obviously breaking the rules!  Can she unravel his identity and serve the Queen while also keeping her heart in check?

I loved the strong character development and fun setting of How Zoe Made Her Dreams Mostly Come True. You can literally step into the craziness that is furry creatures running around in smelly costumes and princesses forced to do weigh ins. Then there is the crumbling old ladies shoe and forgotten once was portion of the park that lies beyond the perimeter. The tone is light with an underlying theme of recovering from the loss of a parent and loyalty.  The only thing I struggled with was a bit of repetitiveness in plot elements and phrases like “Dream and Do” (the scholarship they are all out to get) and “Wow TM Spirit.” There were times when I wished the story would have been a little bit more evenly paced and moving along a bit faster.

What I loved is that the story, time and place stuck with me long after I put it down. I could smell, taste and feel Fairyland. I am going to check out Strohmeyer’s other books when I need a pick me up. Thanks so much to Balzer and Bray for such a fun ride!

Content: A few minor swear words, mention of girls weight loss being mandatory for the job and one overnight kissing session. 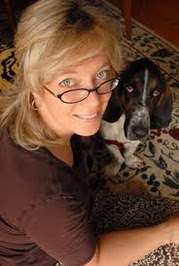 Author Bio: After being placed on other “must read” YA lists, SMART GIRLS GET WHAT THEY WANT has recently been chosen by Texas school librarians for the 2013 Lone Star Reading List, a great honor since Texas is a BIG state.Thank you, librarians!

Some novelists begin their careers by winning literary contests or writing their first manuscripts while pursuing a masters degree. I began mine by placing Barbie in forty contemporary and historical settings with photos taken by my friend (and awesome photographer) Geoff Hansen. BARBIE UNBOUND: A PARODY OF THE BARBIE OBSESSION became a cult hit, landed me on CBS This Morning and USA Today. It was, briefly, the most shoplifted book in America.

After that, I wrote the Bubbles Yablonsky mystery series featuring a bubble-headed blonde ditzy – or is she? – hairdresser with a gift for gossip who becomes a newspaper reporter. Kind of like a memoir, sure. And then a bunch of novels about women.

Today, I live in Vermont with my husband, a lawyer, and son, Sam, an upcoming high school junior. My daughter, Anna, is a senior at Bryn Mawr College where there are A LOT of smart girls. Also, there’s Fred, my five-year-old basset hound and between you and me, the love of my life.