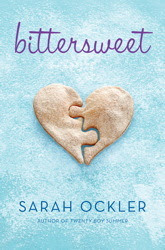 Hudson can’t wait to get out of Watonka, her working-class town outside of Buffalo. Once upon a time, her talent as a skater was going to be her ticket out… but when her parents’ marriage unraveled three years ago, so did her dreams. Now, she buries herself in making cupcakes for her mom’s diner and imagining her parallel life where she went on to skate to glory. But when she gets a letter inviting her to audition for a skating scholarship *and* the hockey team asks for her help with their technique (read: free ice time for Hudson), it’s impossible to ignore the signs. Is she ready to get back on the ice? Could this be her ticket out? Hudson’s determined not to let anything stand in her way. But between baking and waitressing at the diner, the love triangle that’s developing with two outrageously cute hockey boys, and the simmering drama with her best friend, her future is anything but certain…

Hudson is at the top of her game as a competitive ice skater and on her way to the most major competition of her career when an unexpected laundry discovery leads to the break up of her family and the world comes crumbling down. Life is not as shiny as it once was now that Hudson has to work at her mother’s diner, help take care of her younger brother and is struggling to stay socially afloat. But one fateful day out on the ice she runs into the co-captain of her school’s hockey team Josh. Things are about to turn around.

Sarah Ockler crafts the perfect winter romance and adds a heavenly cupcake recipe to the beginning of each chapter to tease readers with the tastes and smells of Hudson’s everyday world. The setting of Bittersweet is also magical- by the Niagara Falls and a piece of ice in the tiny town of Watonka.

With tough life lessons of having an absent and self-absorbed dad, an overworked mother, extra responsibilities and the difficulty of making decisions, Bittersweet is indeed a book that shows both the sweet and the bitter. I had a hard time with some of the choices Hudson makes and the things she has to give up for her mother. But overall, as she meddles through learning to abandon her dreams of the past and recognizing what she already has, there is clarity.

Sarah Ockler know how to write teenage romance! Between Will and Josh there is just the right amount of wondering how it will all turn out, and the relationships feel authentic. Who wouldn’t want to have to choose between two hockey boys, right? The relationships are not perfect or destined, but the ending is oh so perfect! So many noteworthy scenes of friendship, fighting and flirting in this book. But I have to say Josh is my favorite part.

Pick this one up when it comes out on January 3rd and buy a cupcake while you’re at it, because you’ll want one!
Content: moderate swearing, underage drinking, heavy making out

You Might Also Like: The Cupcake Queen by Heather Hepler, Sweet Treats & Secret Crushes by Lisa Greenwald 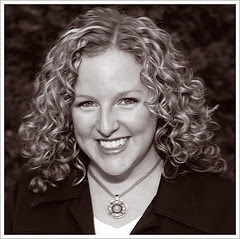 When she’s not writing or reading at home in Colorado, Sarah enjoys taking pictures, hugging trees, and road-tripping through the country with her husband, Alex.