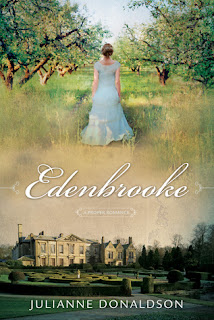 Marianne Daventry will do anything to escape the boredom of Bath and the amorous attentions of an unwanted suitor. So when an invitation arrives from her twin sister, Cecily, to join her at a sprawling country estate, she jumps at the chance. Thinking she’ll be able to relax and enjoy her beloved English countryside while her sister snags the handsome heir of Edenbrooke, Marianne finds that even the best laid plans can go awry. From a terrifying run-in with a highwayman to a seemingly harmless flirtation, Marianne finds herself embroiled in an unexpected adventure filled with enough romance and intrigue to keep her mind racing. Will she be able to rein in her traitorous heart, or will a mysterious stranger sweep her off her feet? Fate had something other than a relaxing summer in mind when it sent Marianne to Edenbrooke

One of the first things I love about Edenbrooke is that the cover perfectly fits the story and is subtle but breathtaking. Marianne is living in Bath with her spinster grandma, separated form her twin sister after the death of their mother. Both are in the season of their life and while their father is off on his own grieving in another country Marianne is trying in vain to enjoy the quiet solitary life she’s been allotted. Between unwelcome advances from a much older man and hearing all of the adventures of her twin in London, she begins to wonder what is in store for her. So when sister Cecily sends invitation for the two of them to spend the summer on an estate called Edenbrooke Marianne is hopeful her luck may change.  The two sisters couldn’t be more opposite in their demeanor and temperaments. Cecily is bound and determined to win the heart of the Lord of the estate with flirtation during her visit while Marianne is happy to learn in her quiet way how to become a proper Lady.  But things turn unexpectedly when Marianne’s carriage is high jacked and a stranger steps in to help.

Edenbrooke pulled me out of a reading slump with its rich setting and slowly building clean romance. It had a surprise ending with a villain I never would have guessed and plenty of heart stopping moments between the pages. I would highly recommend it to all readers and especially fans of Regency romance. I think Julianne  has a promising road ahead of her as an up and coming author who delights readers with vivid writing and well developed characters. Thanks so much to Shadow Mountain for the advanced reading copy! 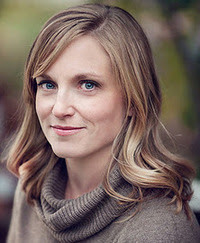 Find her on Goodreads and her blog. 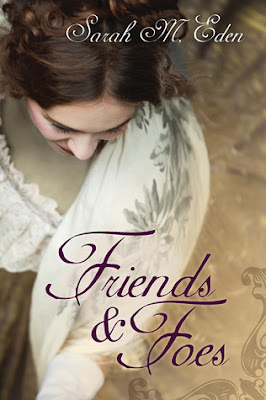 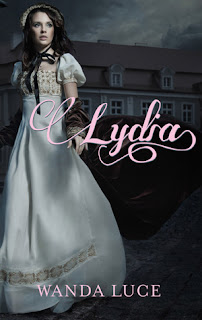 At six and twenty, the impoverished Lydia Hathaway has endured bleak years of heartbreak, longing for a love that never came. Her deceased father’s foolhardiness has left her family bankrupt, and Lydia is eventually left no alternative but to take a position as the companion and governess to Susan Ashcroft of Danbury Park in Surrey. During the first days at her post, Lydia pines bitterly for a life she believes forever lost. Anxious for peace, she rambles one morning across the muddy wilds of the Ashcroft estate where she has a most unimaginable encounter with the notorious Lord Connor Denton. As their paths continue to cross, Lydia falls ever deeper in love with the charming rogue while battling against his growing assault on her heart. In spite of his forward attentions, she considers his behavior toward her as nothing less than idle flirtation. And why should she think otherwise? As the wealthy son of an earl, Lord Denton may choose from among the most beautiful women of England’s first circles–none to which Lydia claims inclusion. In spite of her indignation over Lord Denton’s rakish maneuvering, she anguishes beneath the reality that he is forever beyond her reach. Tormented in a relentless battle to suppress a love she cannot overcome, Lydia resolves to leave the Ashcrofts and Danbury Park forever. After all, she is nothing to Denton–isn’t she?

I make no attempt to hide that I am a huge Jane Austen fan so when I got this one in the mail I had to read it right away. Lydia feels like a cross between Pride and Prejudice and Sense and Sensibility and is written in the language and style of the Regency Era. The landscape includes sweeping vistas of English countryside, old historic broken down castles, a bookstore with leather bound tomes and docks harboring slave ships. Everything about Lydia immerses you in the period it is written. It feels authentic and weaves historical fact and figures into the storyline without being dry. The language is flowery, at times slow paced, but with Lord Denton around to stir things up you’ll want to keep reading. He’s the perfect mix of gorgeous gentleman and fiery politician with a romantic side and witty sense of humor. He’s also way out of reach for Lydia as he’s in the highest social circles and she has been reduced to a governess after her father’s death. The two literally run into each other in the countryside as Lydia is returning from one of her adventurous jaunts in the woods. From then on you’ll be pining for them to run into each other even more. It also helps that Lydia has Charles around a resident at the Ashcroft’s. Brotherly kindness, absolute loyalty and endearing compliments make him a strong male character as well.

I easily lost myself in this one. It took me less than 24 hours to finish and I would recommend it to adults as a clean Regency romance. My only hesitation with it was that the ending seemed rushed and too neatly tied up. At times the main heroine’s self depricating and longing thoughts also seemed to drone on a little bit. I personally would have liked the book better without the Epilogue because I feel it tipped it out of something I would let my teen read into better suited for an adult. But overall, if you are a sucker for anything Jane Austen you will be a huge fan of Lydia. It would make a great movie and I’m hoping to see the author Wanda Luce release more books along the same vein. She makes history and social progress interesting as she mixes it with just the right sprinkle of romance. Thanks so much to Walnut Springs for another great release! Learn more at Wanda Luce’s website.