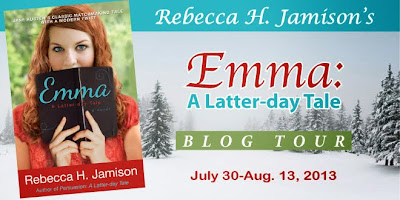 
Why I Wrote about a Life Coach
A Guest Post by Rebecca H. Jamison
When I decided to write a book based on Jane Austen’s Emma, I knew right away that the Jane Fairfax character was going to be a country singer and that Emma hated country music. I did a lot of brainstorming while I was on vacation in Virginia, walking in the same neighborhood where Emma lives in my book. On one of these walks, my husband suggested that Emma should be a life coach. That made sense to me. At heart, Emma’s someone who wants to help others.
Coaches aren’t just for athletes any more. Average Americans are using coaches to help them with relationships, weight loss, career development, and many other areas. I have a health coach through my insurance company who helped me lose 30 pounds. I also subscribe to motivational e-mails from other coaches, who help me with other goals.

In the beginning of the book, Emma isn’t anything like my coaches. She’s an embarrassment to the profession of coaching. She has such great intentions, but every time she tries to help someone, she makes the situation worse. I think we’ve all felt like that at times. Emma has to learn that it’s okay to be imperfect. Just because you make a mistake doesn’t mean you can’t improve and do a better job next time. While I wrote the book, I researched how to become a successful life coach, so that by the end of the book, Emma starts to get it right.
My coaches have helped me meet my personal goals to lose weight and become a writer. They gave me a more positive outlook on life, and that’s what I hope my book does for readers. Emma’s life isn’t perfect, but she learns to be positive anyway. 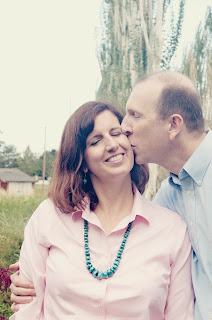 Looking for love? Rebecca H. Jamison would love to set you up with that special someone, but you’re better off reading her books. She has a terrible track record as a matchmaker.

Rebecca grew up in Virginia. She attended Brigham Young University, where she earned a BA and MA in English with an emphasis in creative writing. In between college and graduate school, she served a mission to Portugal and Cape Verde.

Rebecca enjoys running, dancing, reading, and watching detective shows. She and her husband have six children. You can learn more about her on her website. 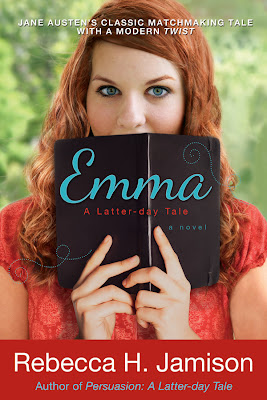 Emma: A Latter-day Tale
by Rebecca H. Jamison
Published by Cedar Fort Books
ISBN: 9781462112609
256 pages
Emma’s her name and matchmaking is her game! Quirky life coach Emma wants to help her first-ever client, a lonely nanny named Harriet. But all of her attempts at matchmaking result only in embarrassing miscues and blunders, leaving the pair disheartened and confused. This modern take on the Jane Austen classic shows that sometimes the greatest match is the one we make for ourselves.
Fans of Jane Austen’s Emma will love this modern retelling of the classic romance novel. Fall in love with Emma’s latter-day tale of redemption, forgiveness, and the quest for true love.


Excerpt:
It was amazing how much more snow Phil could pick up with his shovel than I could with mine. He cleared three feet of the driveway before I was done with one.
“When we’re done, if you have time, you should come in and meet Harri. I think you two will get along.”
Phil stopped and looked at his watch. “I’m planning to do a couple more driveways before it gets dark.”
“I’ll go get Harri now if you’re in a hurry. She wants to meet you.”
Phil leaned on his shovel. “Harry is a she?”
“Her real name is Harriet. She moved here a couple months ago and she’s hardly met anybody. I think you’ll like her.”
Phil threw his head back, laughed, and started shoveling again. “I thought you were trying to introduce me to your new boyfriend.”
“You think I would be out here shoveling snow while my new boyfriend stays inside?” I grabbed a handful of snow and threw it at him. I didn’t mean to hit him in the face, but that’s where it landed.
Phil wiped the snow off his face and grinned. “I wondered why you were dating such a loser.” I expected him to throw a snowball at me, but he just stood there. “So you don’t have a boyfriend?”
I giggled a little at his awkwardness. “Nope. Harri doesn’t either.”
Phil threw another shovelful of snow away from the driveway. “So you . . . I mean, you and your friend are . . . available?” Phil didn’t open his mouth enough when he talked. That was the one thing about him that always distracted me. I couldn’t help staring at his mouth.
I had to force myself to look into his eyes. “Why is that a shock, Phil? Every woman in that house right now is available. You can take your pick—Harri, me, or Barbara. You’re surrounded by single women.” It was safe to assume Phil wouldn’t pick me. I was at least three inches taller than he was, and it was a rare man who dated a taller woman.
The Giveaway: Cedar Fort is giving away an ebook of Emma: A Latter-Day Tale to one lucky Fire and Ice reader. Winners can choose among PDF, Kindle, and Nook formats.
The winner will have 2 weeks to download the e-book from the Cedar Fort website. 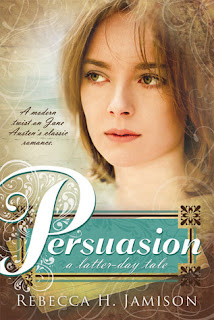 Persuasion: A Latter-day Tale
by Rebecca H. Jamison
Paperback, 240 pages
Expected publication: February 14th 2012
by Cedar Fort, Inc.
ISBN 1599559471
Book Source: publisher
5 stars
Summary From Goodreads: When Anne broke off her engagement seven years ago, she thought she’d never see Neil Wentworth again. But when Neil’s brother buys the house she grew up in, it seems fate has other plans in store, and Anne is woefully unprepared for the roller coaster of emotions that accompanies Neil’s return. Fans of Persuasion will love this fast-paced, modern retelling of Jane Austen’s most romantic novel.
Anne Elliott is a 27 year old single stockbroker who is trying to help her Dad get out of debt and her sister get through her bed rest when her ex-fiance Neil Wentworth stumbles back into her life. She’s working the family garage sale with no regard to how she looks which couldn’t be worse timing for Neil to pop back up after years of not hearing from him. Captain Wentworth is recovering form a high speed chase accident with the extra loving care of Lily and Hannah, which ironically enough also happen to be Anne’s sister’s next door neighbors and in-laws. Neil and Anne will be crossing paths quite a bit whether they like it or not. Throw in a life threatening jelly fish sting, some unruly children, and a jaguar driving bachelor and you have Persuasion. It’s a story about a second chance at love and learning to put yourself first for once.

What a fun debut by Rebecca H. Jamison with humorous situations, life lessons and even suspense  in. It’s a look at why expensive dates and appearances can be deceiving and what it means to be a true night in shining armor. I would recommend it to everyone as a clean romance based loosely on Jane Austen’s original story. You’ll want to pass Persuasion: A Latter-day Tale on to your friends. It is indeed a Latter-day tale with references to Mormon culture and terminology but I think all will enjoy! So sit back watch the trailer and enter to win your own copy below. Thanks to Cedar Fort Books and the author for inviting us to be a stop on the tour. 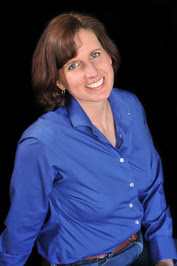 Author Bio: “I’m a stay-at-home mom with a passion for writing novels, running, and dancing. I’m a mom to five boys, so I know how to pronounce a lot of dinosaur names and how to clean up legos.
I also have one wonderful daughter.I met my husband on a blind date.
Before I had kids, I worked as an English teacher. I plan to go back to teaching once my kids are older. I have a BA and MA
in English from BYU.I love to swim, make jewelry, and play in water. I like teenagers. Summer is my favorite season of the year because I can eat watermelon and hang at the pool.
People have asked me to write a lot of skits over the years. My favorite is Snow White and the Seven Values, which I did for the Young Women’s group at my church.
I grew up in Vienna, Virginia. Now I live in Utah. I’m a city girl.
The country’s okay, as long as I don’t have to smell manure.I served a mission to Portugal and the Cape Verde Islands. I write novels for fun. I play the piano, but I’m not good at practicing, so don’t expect too much from me there.I am a member of the Church of Jesus Christ of Latter-day Saints.
You can view my profile on Mormon.org.”
Find more on the author’s website/ or facebook. View the rest of the blog tour schedule here.
The Giveaway: Fire and Ice is giving away a copy of Persuasion courtesy of Cedar Fort Books. To enter to win fill out the rafflecopter form below. Open internationally. One winner will be randomly chosen February 20, 2012.
a Rafflecopter giveaway