Posts Categorized: my gift to you From the back of the book: Trish Ingram works hard to maintain the perfect suburban household—or, at least, the appearance of one. By managing her outer world with lavish attention and rigid control, she’s able to ignore and conceal the darkness of her inner world, which is plagued by traumatic childhood memories of loss. Her terminally ill sister-in-law, Jamie, sees through the façade and reaches out in love to Trish, inspiring her to seek a more meaningful life and a more authentic self. But the childhood scars run deep, and despite Trish’s best efforts, she’s unable to be the wife and mother her family needs.

Devastated by the departure of her husband and daughter, Trish faces the challenge and opportunity of a lifetime. She desires to move forward in faith, but this desire alone cannot mend her family’s shattered trust. The hollow realm of denial and fear has been her safe haven. To confront pain and transcend the shadows of her past will require a level of courage she’s not sure she possesses. This gripping story of familial love and conflict tenderly reminds us that forgiveness—of self, and others—is both a difficult choice and a precious gift.

Bio: Lori Nawyn’s award-winning writing has appeared in regional and national publications including Outside Bozeman, Segullah, Deseret News, CraziBeautiful Women, and Latter-Day Woman. She is also a columnist for her local paper and a former member of Utah Press Women. One of her short stories was published in the anthology Stolen Christmas. Her first novel, My Gift to You, was released in October 2010. 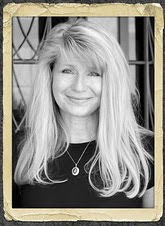 Lori is currently writing her next novel, Day, about a mother’s relationship with her son. She works as a freelance artist and is the illustrator of the award-winning children’s picture book What Are You Thinking? which was released in July 2010 by ThoughtsAlive Publishing. She and her fireman husband live in northern Utah where they enjoy spending time with their four children and two granddaughters, plus an assortment of dogs, rabbits, and chickens.

Lori’s book, My Gift To You is available online at Deseret Book.