Chicago businessman and bachelor Devon Pierce doesn’t want to be appointed guardian of Australian four-year-old Ryan Caldwell – but Ryan’s solicitor, Stella Walker, won’t take no for an answer. Little does Devon know that this “minor” adjustment will grant him a future he never expected to have. Told in a fast-paced, poignant, and witty style, Minor Adjustments will take you on a journey filled with humor, growth, romance, and love.

If you’ve never picked up a book by Rachael Renee Anderson now it the time to go out and get one. She is one of those authors that can REALLY write chick lit clean romance. In her latest, Minor Adjustments, she once again weaves in characters with values and personalities that will leave you feeling inspired to be a better person. Set in Australia, land of Tim Tam cookies, lollies and kangaroos MA follows the dilemma of Devon Pierce, who is named rightful guardian to a child he’s not met and a girl he was mere acquaintances with years ago. It’s kind of an awkward situation for a high powered career man who never in his wildest dreams thought of becoming a bachelor father. But fireball Stella, the attorney handling the case will not take no for an answer.

There’s plenty of tender hearted laugh out loud toddler parenting moments and unusual twists of plot. In then end you’ll have that warm feeling that sometimes life works out just the way it is supposed to. My only hesitation with the book is in a choice Devon makes that seemed really out of character…and it’s a big one. Without spoiling I can say since I worked adoptions and guardian cases for the State back in the day it was an emotional gulp for me to see the parties trying to work out the best placement.

Overall, I am once again in love with Rachaeal’s writing and slow building romance molded from real life. You will want to read this one so head on over to Goodreads to enter to win your own copy! 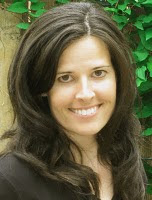 About the author: When Rachael first saw The Man from Snowy River (and Crocodile Dundee, although she cringes to admit it), she dreamed of going to Australia. Over ten years later, she finally got the chance and immediately fell in love with the people, the wild birds that eat sugar from your hand, the kangaroos, the beautiful city of Sydney, and the gorgeous place called Byron Bay.

Rachael is the author of two previously published books, Divinely Designed and Luck of the Draw. She lives with her husband and children in Springville, Utah. Rachael would love to hear from you. 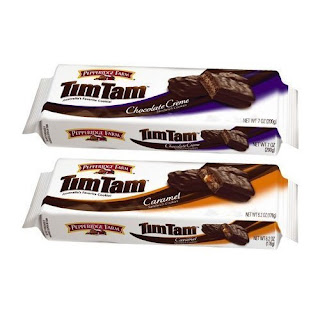 And here’s the fun part! Since Tim Tam cookies are such an integral part of the story we are giving away two packs of them to one lucky blog reader. US only (since ya know…chocolate might really melt in international mail) Good luck! Giveaway ends September 21, 2011. Comment below to enter.