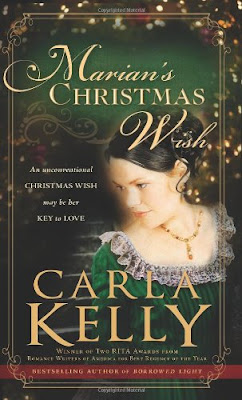 Miss Marian Wynswich is an unconventional young lady. She plays chess, reads Greek, and is as educated as any young man. And she is certain falling in love is a ridiculous endeavor and vows never to do such a thing. But everything changes when she receives a Christmas visit from someone unexpected— a young and handsome English lord.
Fire and Ice is today’s stop on the Cedar Fort blog tour for Marian’s Christmas Wish. We have an exclusive author interview with Carla Kelly. Thanks so much for joining us Carla!

When did you publish your first work and how many books gave you written? My first pubished book was Daughter of Fortune, set in 1680 colony of New Mexico. Incidentally, I’ve just signed a contract for it to be published as an e-book and paperback on demand. I have written 24 novels, plus two non-fiction historical works, plus any number of short stories for Signet and Harlequin. Plus in June there will be another Harlequin Historical, this one beginning in 1815 in and near Dartmoor Prison. And Enduring Light will be out in January. SO maybe that’s 26. Picked up a couple of Rita Awards for Best Regency of the Year. Big ol honker statues.

Any in the works now? Yep. I’m writing a third book for Harlequin in my current 3-book contract, plus a fun little novel set in Chama Valley, NM in 1725, which I’m hoping to turn into a series. Then in January, I’ll start my Scofield Mine Disaster story.

What would be your Christmas Wish? O gee, whirled peas. Family around, some Christmas carols, and more tenors and basses in my ward choir, which I direct.

Tell us a little about the book and your main characters. It’s Devonshire in 1814. The interesting, eccentric Wynswich family is facing ruin and the loss of the family estate, thanks to Dad’s mismanagement. In order to avoid the above, one of the two daughters has to marry well, and marry soon. Ariadne, the older, already is pining over the poor-as-a-church-mouse vicar. Marian, the younger, is a smart young lady who has looked around and decided that she’s too sensible to get married. Ever. Enter Gilbert Collinwood, Lord Ingraham, a marquis with diplomacy on his mind. He meets Marian and wants to change her mind about marriage. He’s hauling around some heavy baggage that puts the issue in serious doubt. Two people in the novel, Marian and her brother Alistair, have to grow up, and as Duke of Wellington said of Waterloo, “It is a near-run thing.”

What has been your most rewarding part of being an author? Readers, and the pleasure of creating little worlds that really matter, while someone is involved in reading. I also like padding down the hall in my sweats, hair combing and shoes optional, and getting to work.

Do you have any writing rituals, music or snacks that help? No rituals. I put my happy a** in the chair and leave it there until I’ve written enough for the day. I do have a lovely photo of a 1948 trail drive of the Two Dot Ranch in Sunlight Basin near Cody, Wyoming, where my dad was raised. I look at it a lot, because I like cowboys and know a few. I’m LDS, but I have a wonderful little retablo of St. Francis de Sales hanging over my printer that makes me smile. He’s the patron saint of writers, journalists and editors. Yo, St. Francis.

If you could travel anywhere in the world where would you go and why? I’ve been to home ground in lowland Scotland, and enjoyed London and Plymouth. I’ll be heading back to the Chama Valley this spring, and then Bonanza, Colorado, settings for two books to come, when I get a moment. That’s where I want to be. Back in Taos and Santa Fe, too. Writing is a bit like painting. I need to see where stories take place, when possible.

What advice would you have to aspiring writers? Take your happy a** and put it in that chair. Avoid too many writing/critique groups and blogs. Writing takes time and discipline and that stuff is way too time-consuming and distracting. It is a solitary profession. Also, avoid self-publishing. If you’ve sent it to numerous publishers and been turned down, it’s time to take another look at the book and see what you can improve. Seriously.

About The Author: A newcomer to Cedar Fort, Inc., Carla Kelly is a veteran of the New York and international p 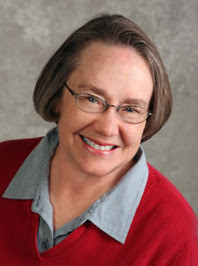 Recently, she’s been writing regency romances (think Pride and Prejudice) set in the royal Navy’s Channel Fleet during the Napoleonic Wars between England and France. She comes by her love of the ocean from her childhood as a Navy brat.

Following the ?dumb luck? principle that has guided their lives, the Kellys recently moved to Wellington, Utah, from North Dakota and couldn’t be happier in their new location. In her spare time, Carla volunteers at the railroad and Mining Museum in Helper, Utah. She likes to visit her five children, who live here and there around the United States. Her favorite place in Utah is Manti, located after a drive on the scenic byway through Huntington Canyon.

And why is she so happy these days? Carla looks forward to writing for an LDS audience now, where she feels most at home.