Fire and Ice is happy to be today’s stop on the official Illusionarium Blog Tour hosted by Rockstar tours. The cover is gorgeous and we loved Entwined also by author Heather Dixon. Here what she has to say about her new book in our exclusive Q&A. 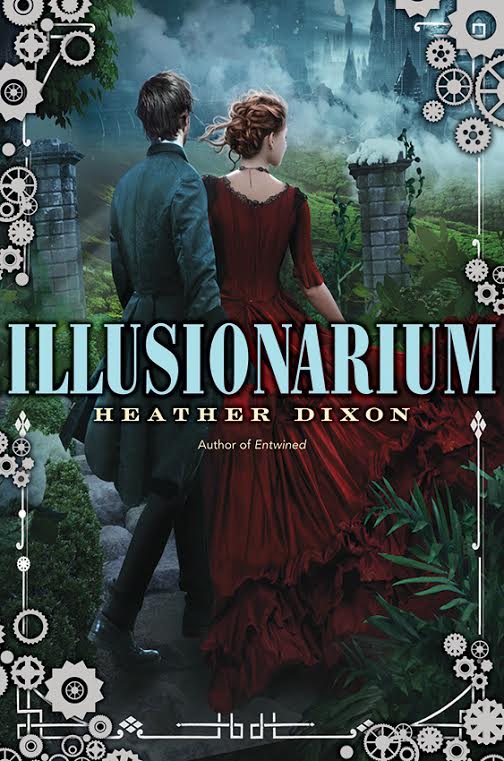 Order at Harper Teen | Amazon | B&N
Add it to Goodreads

What if the world holds more dangers—and more wonders—than we have ever known? And what if there is more than one world? From Heather Dixon, author of the acclaimed Entwined, comes a brilliantly conceived adventure that sweeps us from the inner workings of our souls to the far reaches of our imaginations.

Jonathan is perfectly ordinary. But then—as every good adventure begins—the king swoops into port, and Jonathan and his father are enlisted to find the cure to a deadly plague. Jonathan discovers that he’s a prodigy at working with a new chemical called fantillium, which creates shared hallucinations—or illusions. And just like that, Jonathan is knocked off his path. Through richly developed parallel worlds, vivid action, a healthy dose of humor, and gorgeous writing, Heather Dixon spins a story that calls to mind The Night Circus and Pixar movies, but is wholly its own.

Tell us about your alternate London and how it’s different from modern day London
Ah! Well, the story takes place in an alternate 1882 London, called Nod’ol. {This is London backwards.} {Really.} The idea is, years ago, the Nod’olian world did something that separated them from our history of London. It could have been political; like rebelling and electing a new king. Or it could have been something else, like settling in the Americas before Spain. Whatever the reason, it split from our world and set them on a diagonal path, and now several hundred years later, it’s become drastically different; there are airships and carnivals and massive, falling-apart buildings. The entire city is encased in a giant glass structure. It’s unlike anything Jonathan—and the reader too, probably—has ever seen.

What books or movies influenced Illusionarium?
A lot of weird ones! Mirrormask was a big influence, as well as Labyrinth. {They both have that same entering-into-an-alternate-world plot, like Illusionarium.} This one will make you laugh, but the Imaginarium of Dr. Parnassus was also one. The idea of going into someone’s head—I love that. Dr. Who was another big influence, particularly with the banter between the characters and twisty plot. So as you can see, a lot of bizarre, kind of “cult” movies & shows.
Another huge influence on the book was Terry Pratchett—hence the footnotes throughout the story! He had such a fantastic sense of humor. I would hope Illusionarium was able to channel some of that.

If you could travel to one scene in your plot what would it be?
The scene in Lord Glamwell’s giant library, when the characters are searching through piles and piles of books and simultaneously dodging bullets—that was a real kick to write! I wouldn’t mind seeing that in person. Minus the getting shot in the head part.
I can tell you what scene I wouldn’t want to visit—every scene that takes place in the Arctic aerial city, Fata Morgana. I hate being cold and it is sooooo cold there.

Favorite mad scientists?
I think Tesla is probably the rote answer here. Who doesn’t love that guy? But there are two other fellas who make the list. The first is my dad—he’s an inventor! No, really, he is. Patents hang all over his office wall. He does a lot of stuff with shortwave radio, but you might have an invention of his in your pocket right now. He invented a phosphorus patch for the zip drive {remember those?} to keep counterfeit discs from popping up. Well, the US Government called his company and bought the patent to use in currency & keep people from making fake dollars. We don’t know where, exactly, they’ve integrated it, which is too bad…I’ve always wanted a $5 printing press in my basement. Hahaha.
The other mad scientist of my heart is my dad’s dad—my grandpa. He developed LORAN—Long Range Navigation technology—for submarines during WW2. After that he was a nuclear scientist. He passed away while I was writing Illusionarium, and it still breaks my heart. He was one of the kindest, best people I ever knew. The book is dedicated to him.

Places in the world a time portal would most likely lie.
Ooo…that’s a good question. Automatically I think of places that have withstood the test of time—Prague, Pyramids of Egypt, Great Wall of China, Rome. If we were looking for gateways to alternate worlds—like what you would find in Illusionarium—you’d find doors that were ancient. Catacomb and graveyard entrances, Cathedral doors, arched Roman gateways in stone walls. That kind of thing.

What colors, smells, sites and sounds will we experience in your book?
Illusionarium is a kaleidoscope of sensory stuff, all experienced through Jonathan’s eyes. He visits the capitol city, and is overwhelmed by the smell of smoke and wet brick. Burning fuel. Early on in the book, his glasses break, and so everything he sees is cracked. And since he’s grown up in an aerial city, the first time he steps on the real ground, it surprises him—it’s not like the metal walkways he’s used to; it’s spongy and organic and strange.
Probably the most vivid sensation the reader will experience is breathing fantillium—even though the chemical is dispersed through steam, it’s cold and it freezes the throats and lungs. It’s like inhaling icy spurs. It heightens the senses too—it makes everything much brighter, and sounds louder and clearer, scents overwhelming–making for a pretty gnarly experience.
What Jonathan doesn’t notice with fantillium—at least at first—is that it also deadens the conscience. This becomes a big problem later on. 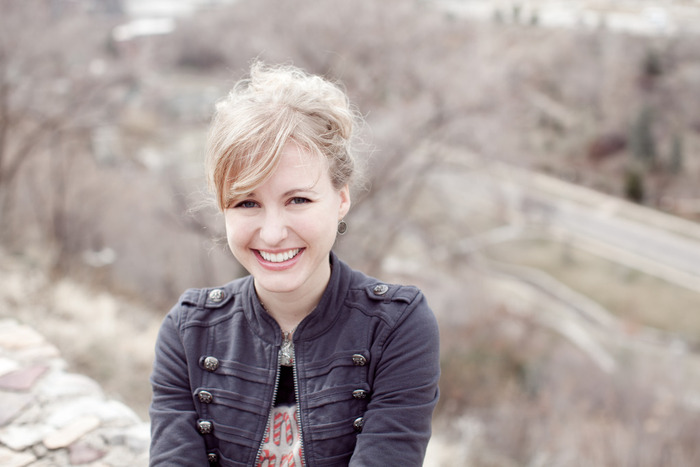 Heather Dixon grew up in a large family with four brothers and six sisters. She is a storyboard artist as well as a writer, and lives in Salt Lake City, Utah. The Viennese waltz is her dance of choice. She is the author of the novel Entwined.

1 winner will receive a finished copy of ILLUSIONARIUM plus an ARC of THE UNQUIET by Mikaela Everett. US Only.