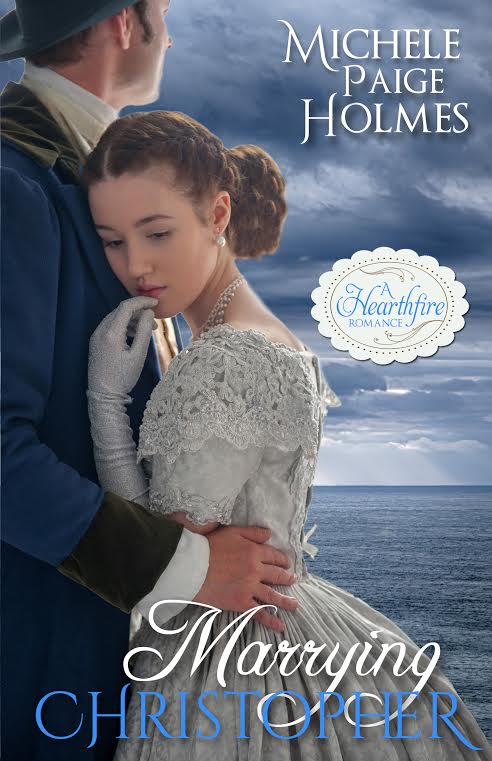 About the Marrying Christopher
Having seen both his sisters Grace and Helen happily married, Christopher Thatcher is free to pursue his dream of life in America. With adventure in his heart and mind, he boards one of the first steamships set to cross the Atlantic in the record breaking time of only twenty-five days. Within the first two of those, his resolve—to avoid women and the complications they often bring to a man’s life—falters when he meets Marsali Abbott, a young woman with a past even more troubling than his own. Whether from years of habit protecting his sisters, or simply because he feels drawn to Marsali, Christopher chooses to help her and becomes her friend. As the truth about what awaits Marsali in America becomes evident, he is faced with a more difficult choice, one that will impact their lives far beyond four weeks together at sea.

Michele Paige Holmes spent her childhood and youth in Arizona and northern California, often curled up with a good book instead of out enjoying the sunshine. She graduated from Brigham Young University with a degree in Elementary Education, and found it an excellent major in which to indulge her love of children’s literature.

Michele is the author of six romance novels, including the 2007 Whitney Award winning COUNTING STARS. In 2014 Michele launched the Hearthfire historical romance line with the publication of SAVING GRACE and LOVING HELEN.

When not reading or writing romance, Michele is busy with her full time job as a wife and mother. She and her husband live in Utah with their five high maintenance children and a Shitzu that resembles a teddy bear, in a house with a wonderful view of the mountains. You can find Michele on the web at michelepaigeholmes.com and on Facebook and twitter. 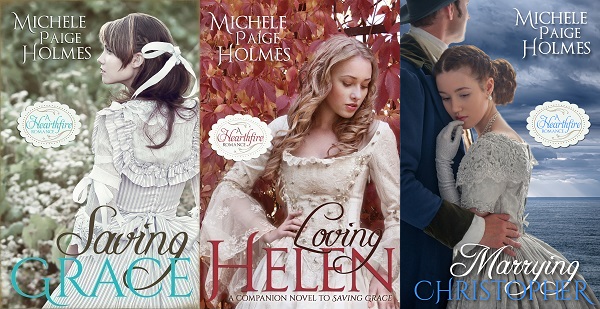 Purchase the other books in the Hearthfire Romance series